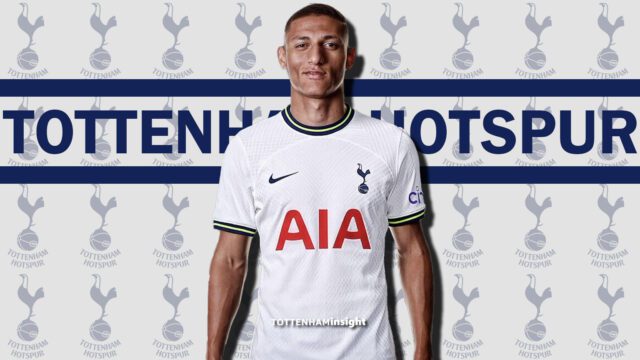 Spurs have secured their fourth signing of the summer with the signing of Richarlison from Everton. The fee is set to be for £50 million guaranteed plus £10 million add-ons as per the ever-reliable transfer guru Fabrizio Romano. According to the Italian transfer insider, Spurs had agreed on personal terms with the Brazilian yesterday and moved swiftly to wrap up the transfer as soon as possible to avoid Chelsea from hijacking the deal.

The Blues were interested in signing the Brazilian to replace Romelu Lukaku who completed his loan move to Inter but personal terms were already agreed between Spurs and the player and a fee was instantly agreed with Everton.

Antonio Conte is overseeing a massive rebuild at Tottenham with Fabio Paratici delivering the manager’s targets. Spurs are looking to wrap up their summer transfer business before the team heads off to South Korea for the pre-season tour. This would allow Conte to have enough time with his squad and adequate time for the new signings to fit into the squad.

Next in the pipeline for Conte and Co. is Barcelona’s French defender Clement Lenglet who is reportedly set to join Spurs on a season-long loan deal.

AN APPETITE TO SUCCEED

With Spurs lacking an out-an-out backup to Harry Kane, the Brazilian’s versatility and tenacity make him a perfect addition to pair up alongside the Englishman or serve as an added force to bolster the attacking third under Conte. A blistering six goal in nine league fixtures ensured Richarlison played a significant part in Everton’s penultimate phase of the season, eventually culminating in the Merseyside club retaining their place in the Premier League for the forthcoming campaign.

Besides single-handedly guiding the team out of relegation, Richarlison remained pivotal to the team’s prospects throughout a testing Premier League campaign. The Brazilian emerged as Everton’s only player to hit double-digit figures in goal contributions (15) alongside having made the joint-fifth highest number of league appearances (30) in the recently concluded league season. Moreover, with Spurs in need of a Premier League proven option to compliment Harry Kane, the Brazilian serves as a refreshing candidate to fulfil the role.

Spurs are a side that cannot by any means be underestimated next season. Antonio Conte has proved at all his previous clubs that when he is given the players he wants, he delivers on the pitch by winning trophies. With reinforcements in defence, midfield, and attack, the North London look ready ahead of the new season and the Spurs’ faithful’s wait for a trophy could come to an end this upcoming season.