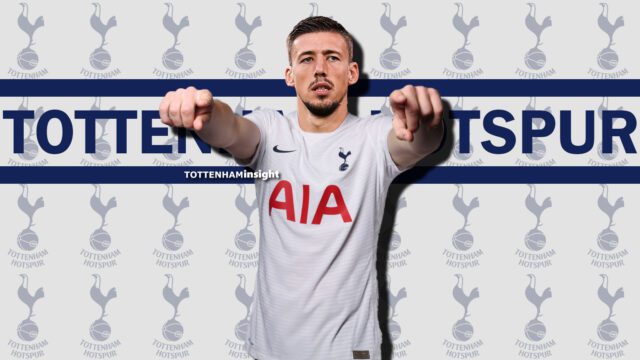 Barcelona are working with Tottenham Hotspur over a potential loan deal for defender Clément Lenglet in the transfer window.

The Barcelona left-back has been a target for Spurs gaffer Antonio Conte and there is every possibility that a move to the English top-flight will be facilitated. Tottenham are looking to bring the defender on a loan deal this summer. While Barcelona hopes to persuade the English club for a permanent deal but understands that it may seem tricky to pull off.

The 27-year-old was touted to be one of the best defenders however lately, due to his dismal performances with the Catalan giants, the player has lost his spot as a regular in the squad. Moreover, he has had a few good matches but with no consistency in his game.

Slipping down the pecking order, Lenglet would probably be better off with a change and a move to the N17 could be a better option. Also, the Catalan giants are in the midst of a financial crisis and Lenglet’s high wages are another reason why Barcelona would loan him out.

The North London club boss appears to be busy in terms of making transfers possible. With the arrivals of Ivan Perisic, Yves Bissouma, and Fraser Forster, it seems as though the gaffer is still on the hunt to bolster his squad ahead of the next season.

Now with the World Cup around the corner, the French international will hope to get regular minutes with the first team if he is to represent France in their campaign. However, staying at Barcelona does not remain an option for the centre-back as Xavi has preferred other players over him.

His chances of getting back his regular spot remain high if he does happen to join Conte’s Spurs. Moreover, Conte could do with more depth in his defensive area to cover for the issues he faced during the last season.

At Tottenham, Eric Dier, Cristian Romero, and Davinson Sanchez are Conte’s options for the centre-back role. Even Ben Davies, who often plays as a left-back, took over the centre-back role under Antonio Conte and relished what was sort of a resurgence in the last season.

However, with the inclusion of Lenglet in the squad, Conte could rotate him along with the former defenders. Lenglet enjoys keeping the ball and in every 90 mins, he boasts a pass completion rate of 89.8% as per fbref.

Standing at 1.86m, the centre-back has decent numbers winning Ariel duels with a 57 percentile. Lenglet still has a lot to prove for the profile he maintains and under Conte, he would look to take the Premier League by storm.

Lenglet could hope for a comeback season in the forthcoming campaign under hr new management. That said, he will need to push himself and the others playing in the centre-back role to get regular minutes.

It remains to be seen for how long will Tottenham approve the loan deal for Lenglet. In any case, a move away from Camp Nou seems inevitable this summer.