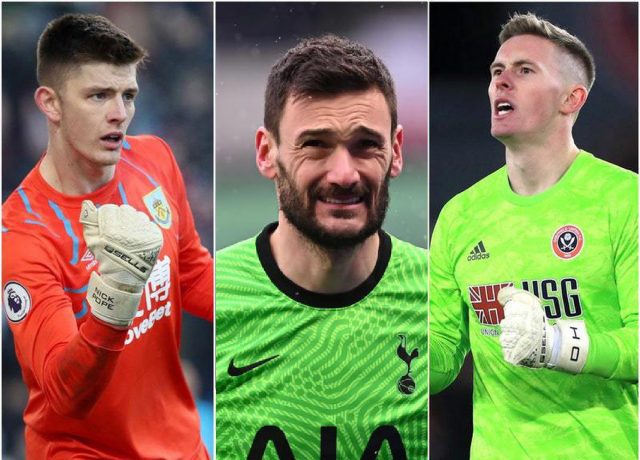 Tottenham Hotspur are said to be in search of a new goalkeeper and Manchester United’s Dean Henderson & Burnley’s Nick Pope top their list after Hugo Lloris is likely to leave Spurs this summer.

The World Cup-winning captain is likely to end his association with Tottenham this summer. His current contract at N17 expires at the end of next season but Lloris has already been linked to a potential move to Paris St. Germain where the former Spurs manager Mauricio Pochettino has taken over from Thomas Tuchel.

Tottenham has two players on the top of their shopping list; Nick Pope and Dean Henderson.

According to DailyMail, Spurs have actually made Pope the first choice with the Burnley stopper valued in the region of £30m. Pope has been phenomenal this year keeping 9 clean sheets in Burnley’s backline which has often looked disorganized this year. The 28-year-old has already been capped by the Three Lions four times and his contract with Burnley expires in 2023 although it also includes an option for an additional year.

Meanwhile, SkySports are reporting Tottenham are in the running for Pope’s England teammate Dean Henderson. The former Sheffield United player has had a frustrating time at parent club Manchester United where Ole Gunnar Solskjaer still prefers David de Gea as his first choice. Henderson has managed to start just 11 matches across all competitions. But the 23-year-old will be at a crossroads with respect to his future after he signed a new £120,000-a-week five-year contract last summer.

Spurs will need to act this summer as they have stalled on a Hugo Lloris replacement for the past two years. It will be interesting what happens in this situation as Tottenham’s financial problems will limit their spending in the upcoming summer.