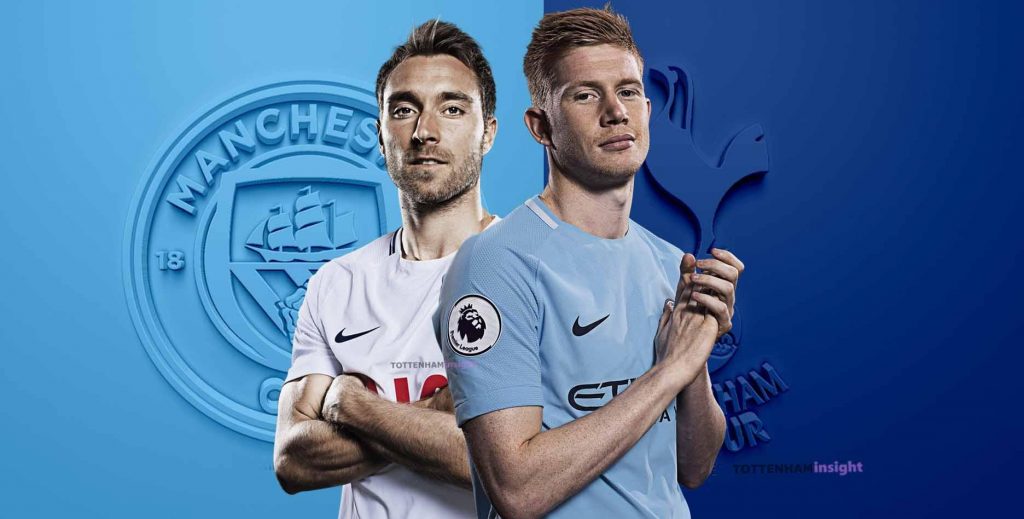 The midfield maestros of Premier League will clash against each other this Saturday. The two dynamites are inimitable in their own different ways. The effervescence of their team’s attack lies on their shoulder.

Tottenham Hotspur and Manchester City have heaped a quantum of praise on the strikers but it is these two playmakers, Kevin De Bruyne and Christian Eriksen that instill the idea and construct the feeling of attack.

Like always, its the goal-getters, strikers and the finishers that have got the benefit of their sweat.

Tottenham Insight, however, realise the essence and importance of these players and have therefore decided to ponder down thoughts on them. As to who among these two is more valuably invisible?

The opening game of this season is a testimony of why Eriksen should stay at Spurs for one more season. While the Danish international was on bench, the Lilywhites were struggling to get better of low key side but as soon as Christian Eriksen stepped in, tables turned and tides of Aston subdued.

It was only Spurs then who eventually won the game 3-1; all three goals came after Eriksen’s presence was met on the field.

It ain’t the first time that this guy has taken the weight on his shoulders and picked his side through. More often than not have we seen him sail the side through turbulence. Eriksen is magical in a manner where things cannot be done by Spurs in his absence.

The midfielder may be speculated a move to Real Madrid but if he does not go, he’ll be a sure start. Mauricio Pochettino has already learned from his mistake of not starting Eriksen and would not want to repeat the same.

The Belgian beast is up and recovered with all of his wounds. And you know what a beast is when recovered fresh from injury. Though this guy does not look like he missed a major chunk of Premier League last season.

Kevin De Bruyne will be a chief constructor is masking the defence of Spurs. The old cliche goes true when De Bruyne is around, “goals win matches.” Much of Manchester City’s success in the season before last season had come due to De Bruyne’s prowess.

The Cityzens are expecting the same from the midfielder who would also want to bring out his “A” game, goal scoring abilities, creation capabilities and heart rendering football. The midfielder has come a long for Manchester City and would give his all to win the same.