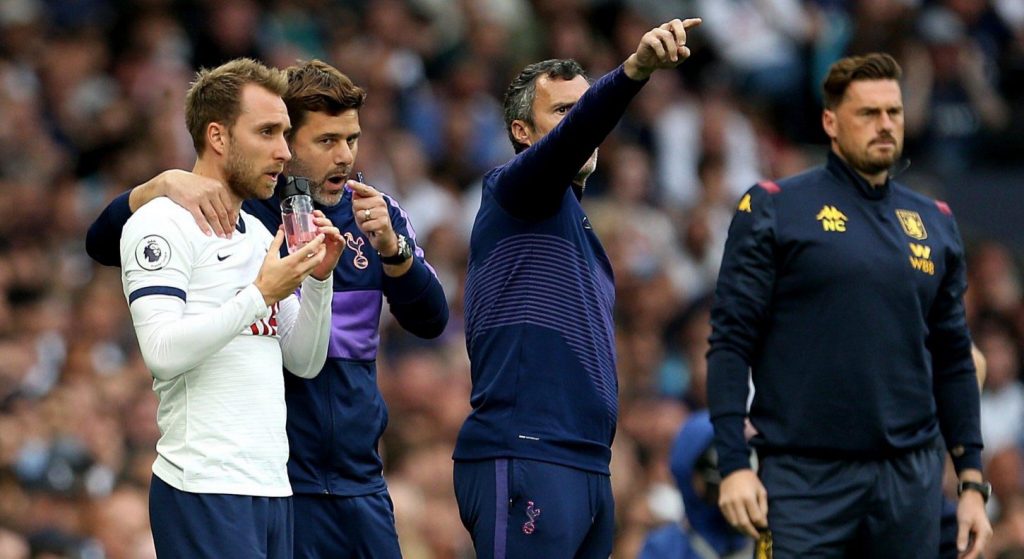 Christian Eriksen started on bench for Tottenham Hotspur in their Premier League’s opener against Aston Villa, with the Dane’s future yet doubtful.

Eriksen enters final year of his contract with Spurs and we could still watch him leave in the coming weeks with the transfer window closing on 2nd September across Europe.

Harry Kane emphasized Eriksen’s impact off the bench as his performance led the Lily-whites come from behind to defeat Aston Villa by three goals to one. He played a part in debutant Tanguy Ndombele’s equaliser before Kane’s late brace in the final four minutes to secure all three points.

“I’ve played with him for five years now,” said Kane. “We know the quality he has on the ball, his assists, his goals.

“He dictates the pace of the game and for me it’s perfect. I can make my little movements off that.”

Made a massive misjudgement in questioning Christian Eriksen’s commitment to Tottenham Hotspur.

The Dane completely changed the match when coming on for Spurs.

Seriously hope Mauricio Pochettino can find a way of persuading him to stay & play with Giovani Lo Celso.#THFC #COYS pic.twitter.com/ANTteigsgD

Tottenham now face Manchester City next week and Kane is deliberate not to let Pep Guardiola’s side walk away on the table top.

“They set the standard last year,” added the England skipper.

“From our point of view we kept with them for a while last season then fell off in the second half of the season.

“We have to keep up with them. It’s the first game but it’s always nice to win, especially at home.”