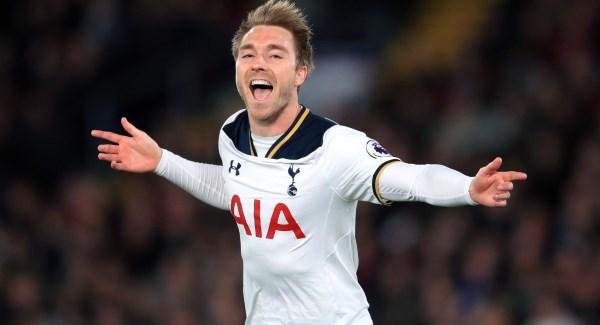 Real Madrid, Bayern Munich, Barcelona and Juventus have all expressed their interest in signing the Dane international. Since his move to Tottenham in 2014, the player has established himself as one of the best midfielders in the league.

Eriksen reportedly wanted to earn more from his new contract to stand at par with striker Harry Kane. Spurs initially were reluctant but agreed later however since then the player has stalled talks and his considering his options with interests from Europe’s elite clubs.

Eriksen has often been touted as one of the players in the Spurs team alongside Kane and Alli. With his contract set to expire next summer, the club fear losing the player for free if they fail to tie him down to a new contract.

A report from Italian publication Calcio Mercato reveals that Juventus are ready to bid for the player in the summer as they look to add more depth in their midfield.

Several reports also reveal that the player has made up his mind and no longer wishes to represent the Spurs team. Lack of silverware is also deemed as one of the reasons behind the player’s decision.

Three reasons why Tottenham should sell Christian Eriksen this summer