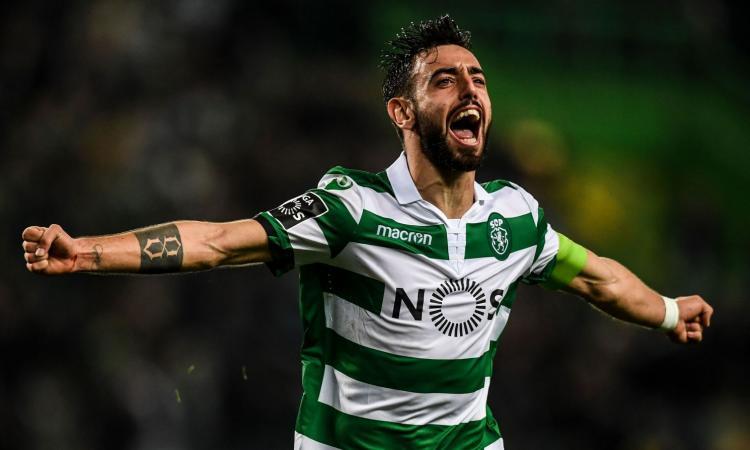 Tottenham target Bruno Fernandes has potentially left Sporting Lisbon’s training ground after conclusion of a meeting to finalise his exit.

According to Record, Fernandes and his agent Miguel Pinho met club president Federico Varandas and sporting director Hugo Viana on Friday morning for his departure discussions, with the Portuguese wanted by English duo of Tottenham Hotspur and Manchester United, with the former sending representatives to talk over a prospective deal.

Bruno was filmed by CMTV leaving Sporting’s training ground after a meeting which has probably confirmed his departure – although to Manchester or London? – Its still not known.

Papers in Portugal believe Tottenham to be his likely destination after reaching a deadlock with Real Betis over Giovani Lo Celso.

Tottenham’s reported proposal of €60m (£55m) was rejected as the club demand atleast €70m (£64m) for their skipper. Sporting are believed to be confident apropos Tottenham giving in to their demands, especially with Manchester United completing a record breaking swoop for Harry Maguire.

Bruno was expected to play his last game for Sporting against Benfica in the Super Cup on Sunday. Though, Sporting’s gaffer Marcel Keizer, has admitted him being uncertain whether Bruno will appear on at the weekend, especially with his move to the Premier League shaping up.

“I can not promise anything,” Keizer said when asked if he can guarantee Fernandes will play at the weekend. “I believe he will play, but we can never be 100% right. It is not me who decide this at Sporting.