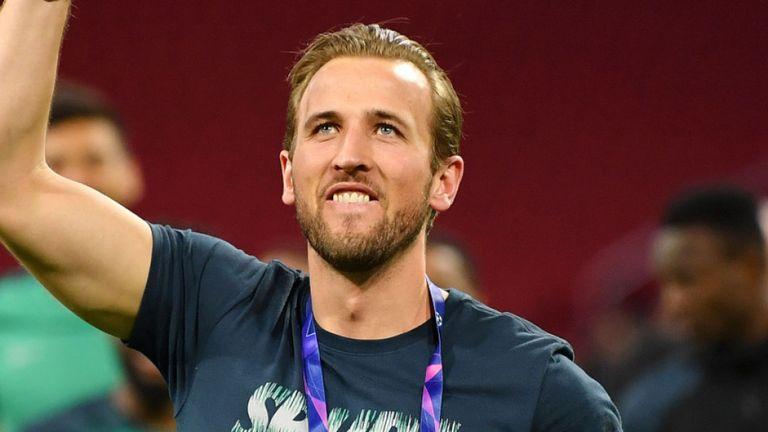 Harry Kane suffered another ankle ligament injury in March and has since not featured for the club.

Tottenham lost the 1st leg of the Champions League semi-finals against Ajax at their new ground handing their Dutch rivals a crucial away goal advantage. In the 2nd leg, Spurs were 2-0 down at the Half time and looked all set to get knocked out from the tournament.

However, a Lucas Mour hat-trick in the second half saw Spurs book their place in the Finals of the Champions league against their league rivals Liverpool who too knocked out Barca coming behind from a 3-0 deficit.

Moura scored in the dying minutes to help his side qualify for the finals leaving Manager Pochettino and fans in tears.

After the victory against Ajax, Kane told BT Sport “He was optimistic about his chances of appearing in the final, as he steps up his recovery.”

Kane said, “Hopefully. Rehab is going well so far,” he said, via ​TalkSport.

“I start straight-line running this week. We’ll see. So far so good, so if it carries on as it should I would hope to be [fit]. There’s still a few weeks to go.”

He added: “We beat Manchester City, we beat Ajax in the semi…I’ve got to start training even harder and prove myself in front of the gaffer.

“I’m a fan first and foremost and I know how much it means to the club. The lads dug deep and showed passion and that is all you can ask for. We had to wait to get the third in the last minute and we found a way. That’s what football is about and we have the final to come.”

The return of Harry Kane would indeed be great news for Spurs and will boost their chances of lifting the Champions League trophy ahead of their league rivals Liverpool.