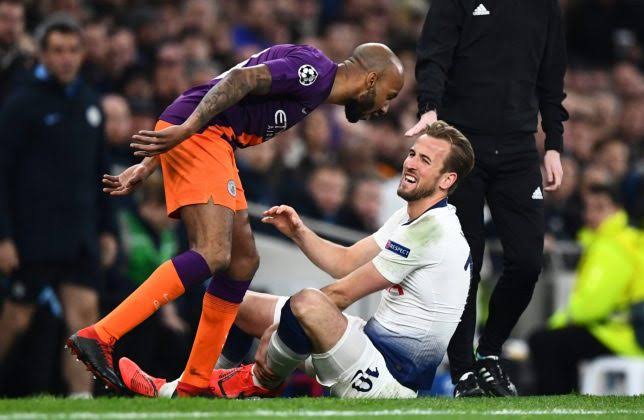 Tottenham have entered the most crucial stage of their season with only thee games remaining and a Champions League semi-final in hand.

Spurs striker Harry Kane suffered yet another set back when theu progressed to semi’s of ChampionsLeague aafter knocking off Premier League defending Champions Manchester City, and was ruled out for the entire season but Manager Pochettino has claimed that he could feature sooner than expected.

Spurs are also involved in top four battle alongside Arsenal, Manchester United and Chelsea and the dedeat against West Ham have made things worse.

Spurs season will likely end on June 1 and Manager Pochettino believes Kane and all the rest of the injured players could feature again before the campaign finishes.

Manager Pochettino said: “They are okay. They are both so motivated to recover as soon as possible.

“With all that we’re playing in the period that we are in, it’s so difficult for the players to be out.

“For Lamela, for Serge Aurier, Harry Kane, Harry Winks and Moussa, it’s so difficult because it’s such an exciting moment for the club and team, and you see yourself outside of the squad and not involved in the games.

“It’s so tough, so sad for them, but altogether we try to keep pushing them, helping them, being focused because I think they can return if we have some luck and perform in the way that we want.

“Maybe all these players that we’re talking about today have the possibility to play before the end of the season and that is a massive motivation.”They must think that they can help the team to finish the season.”

This is indeed great news for Spurs fans as they will see their star player Harry Kane return to action and hopefully score his first goal in the new stadium.