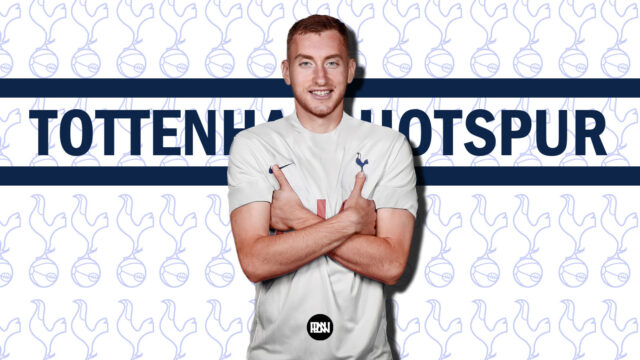 As we count down to the end of the January transfer window, there is a flurry of activity expected in the closing three days. Many clubs are desperate to get their signings over the line, and negotiations across Europe are in full swing. Tottenham Hotspur are one such club who are active in the market for a new player.

The English side are said to be close to reaching an agreement with Italian giants Juventus for the signing of Dejan Kulusevski on loan for the remainder of the 21/22 season. The English club have been in talks with Juventus about a possible deal, and it seems we are inching ever closer to an agreement. Transfer guru Fabrizio Romano has reported that while Tottenham have offered a loan with a buy option, the option will only become mandatory under certain conditions. The English club have reportedly offered a fee of around €40 million if the conditions are fulfilled and the buy option is activated.

Tottenham and Juventus are preparing paperworks in the night to be signed on Sunday for Dejan Kulusevski deal. He’s prepared to fly to London in the coming hours. Loan fee around €5m ⚪️🇸🇪 #THFC

The Italian club want a 100% mandatory buy option clause, and talks are still on as both clubs look to reach a compromise. With just three days remaining until the window shuts down, both clubs will be eager to complete negotiations as soon as possible. Juventus, who have confirmed the signing of Fiorentina striker Dusan Vlahovic, are looking to offload the Swedish attacker before the end of the transfer window.

Tottenham manager Antonio Conte has already tried to sign Kulusevski once before when the Italian coach was at Inter Milan. The Swedish midfielder said he preferred the then Juventus boss Maurizio Sarri’s style of play more than Conte’s and as a result, chose to go to the Bianconeri. However, it looks now as if Conte is set to get his man at last. Tottenham Hotspur are all set to make the Swede their very first signing of 2022, and there is excitement among the fans.

Tottenham have lacked goals in recent games, and have been often saved by their defence which has improved a lot since the appointment of Antonio Conte. They have been lacking in their presence in the final third, and their finishing has not been clinical. Harry Kane has looked out of sorts all season, and the burden of carrying the attack has fallen on the shoulders of Son Heung-min, who is their top goal scorer in the league. The signing of Dejan Kulusevski gives Conte a host of options on the pitch. The Swede is very versatile and is able to play as a winger, a midfielder, an attacking midfielder and even as a centre-forward. He is able to cross the ball really well, and his dribbling skills have been praised by many.

Still only 21, Kulusevski has already earned plaudits for his performances. His signing will greatly improve the Spurs attack which is a fine balance of young and experienced forwards. Conte will hope the Swede can form a good partnership with the likes of Son, Moura and Kane. Tottenham have had some embarrassment in the transfer window this month, with players like Luis Diaz and Adama Traore rebuffing their approaches to join other clubs with lower wages. The Lillywhites will therefore be desperate to complete this signing. The young Swede has a lot of potential, and if the move goes through, could provide a real boost to Spurs in their chase for UCL qualification.

MUST READ: Sofyan Amrabat – How does he fit into Conte’s plans?