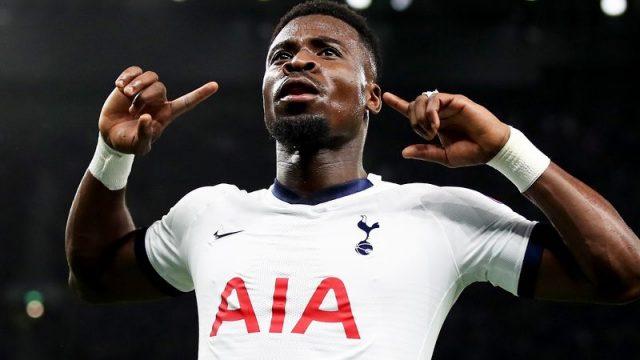 Serge Aurier has been linked to making a move away from North London following strong interest from AC Milan.

Aurier started his career in France, playing for Lens and Toulouse in the initial stages of his career. After making more than 100 appearances in the Ligue 1 over six seasons, Paris Saint-Germain signed the Ivorian in 2015. He spent over three seasons at the club, picking up 11 trophies in France, before Tottenham signed him on a £23 million transfer in 2017.

AC Milan sporting director Paolo Maldini recently stated that he had made contact with Aurier’s agent last year, fueling peculation that the Rossoneri are lining up a bid for the full-back, “We had talked to [Aurier’s] agent last year, there was a chance. Now let’s
think about ending the season, then we will act on the market in the three weeks that the players will go on vacation.”

The Ivorian has made 42 appearances under Jose Mourinho this season, but his performances have been largely inconsistent, and he has struggled defensively in the league.

Aurier’s brother Christopher was recently shot outside a nightclub in Toulouse, but Aurier showed terrific professionalism to set aside his grief and make an appearance for Tottenham in the league against Newcastle United, just 24 hours after the accident.

Italian football journalist, Fabrizio Romano also reported on the transfer rumour, stating that Milan representatives had started negotiations with Tottenham, and have made Aurier their ‘main target’ at right-back.

The Ivorian’s exit will leave Tottenham with only one senior right-back in Kyle-Walker Peters, who could also be on the move to Southampton. The young Englishman could be made part of a deal involving the Saints captain Pierre-Emile Hojbjerg, who is Tottenham’s main transfer target this summer.

It is yet to be seen how Tottenham will respond to these rumours, but irrespective of Aurier’s future at the club, the Lilywhites are in serious need of defensive reinforcements. The club failed to qualify for the Champions League and will need to look for affordable options given the financial ramifications suffered due to Covid-19.

It has also been reported that if a deal for Aurier does go through, Tottenham will try to force a move for Milan youngster Davide Calabria. The 23-year-old Italian can be a solid defensive signing for Spurs, who will provide some much needed pace and strength in the backline.