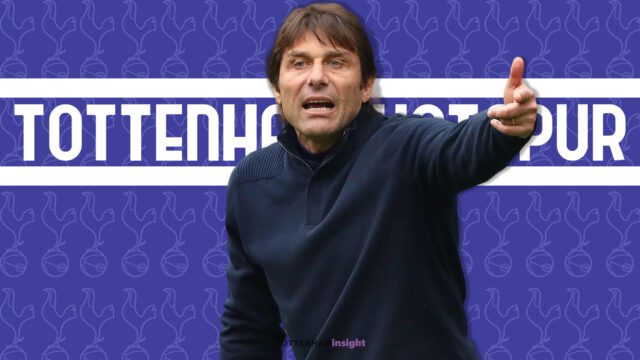 Tottenham Hotspur have gone under the limelight since the start of the 2022/23 season. Having racked up 23 points from their opening 10 games, the Lilywhites are definitely making their presence felt in the top half of the English top-flight.

And so the question arises, are Tottenham’s shortcomings being masked by the deadly duo – Harry Kane and Heung-min Son? Or do Spurs have what it takes to join the race between Arsenal, Chelsea and Liverpool to knock Man City off their perch.

Here are some of their potential weaknesses

An over-reliance on counter-attack:

Sticking to the same system never bodes well for any team in the long run. More importantly, for the top 6 teams who face low blocks on a regular basis. Spurs are well-known for their counter-attacking football but many a times they have struggled to score against low-blocks. Conte’s system needs to be fine-tuned and adjusted from game to game to battle the dynamic tactics of other Premier League clubs and also ensure maximum points each game.

The frightening duo of Kane and Son is an absolute joy to watch for Tottenham fans and neutrals alike. Their flawless chemistry, positional sense and passing acumen is right up there among the likes of Neymar & Mbappe; Müller and Lewandowski to name a few. With Kane and Son on the pitch, you just know that they’ll make something out of absolutely nothing! However, a single injury to the talismanic duo and Spurs are pretty much bound to fall like a pack of cards in the attacking department.

Spurs have flattered to deceive on the road so far. Although they have cruised quite comfortably in home games, Tottenham Hotspur have lacked the same desire and tenacity to implement those performances away from home. They face Manchester United next and 3 points from this all-important game will surely give them fresh confidence to build on their away form. A win will also see them leapfrog Manchester City into 2nd place and just 1 point behind table-toppers – Arsenal.