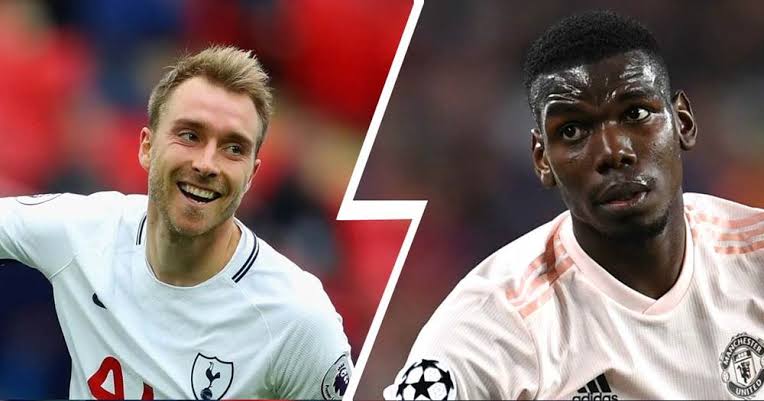 Christian Eriksen is on verge of leaving Tottenham as the Dane looks for change of scenes and a new challenge after guiding Spurs to Champions League finals last campaign.

The 27-year-old has been with Tottenham since 2013 and has been an integral figure of Mauricio Pochettino’s revamp, but has just one year left on his current contract which has generated attention from potential suitors for his services.

Madrid was touted as potential destination for a long time, although he has been highly linked with a move to Turin since Maurizio Sarri took over the Juventus reigns from Maximilanio Allegri. The Italian admires Eriksen and reports by Telegraph state he will be more than happy to make Eriksen his first signing for Juventus.

Both, Real Madrid as well as Juventus, are also interested in Paul Pogba and the future of Christian Eriksen well depends on whether either of club decides to sign French World Champion.

Christian Eriksen will not sign for either of the clubs, if they are able to land services of Paul Pogba – although the former becomes a viable candidate if they cannot sign the Frenchman with Tottenham looking for something around £80million from a foreign club (£130million from English clubs) to part services with the Danish midfield maestro.

Maurizio Sarri made his likelihood of Eriksen transparent when he was in-charge of Chelsea and was asked about his favorite Spurs player.

To which the Italian replied: “Of course Harry Kane is the best English striker in the moment, so a very important player.

“But if I have to say another name I like very much, Eriksen. He is a very smart player, a very technical player. He’s able to play in midfield and, at the same moment, score eight or nine goals in a season.

“I think that he is a very important player. I like him very much but I don’t want to talk about a player of Tottenham in terms of the market. I only answered a question.”

Talking about How Christian Eriksen will thrive at either of Madrid or Juventus, he stands uncertain whether would leave Tottenham this summer.

“I feel that I am a place in my career where I might want to try something new,”Eriksen speaking with Danish publication Ekstra Bladet.

“I have the wildest and deepest respect for everything that has happened in Tottenham. But I have also said that I would like to try something new.

“I hope that something will be decided this summer. That is the plan. In football, you never know when there could be a decision like that. It could be at any point. The best thing is always for it to happen quickly but in football things take time.” he continued.

“Real Madrid is a step up but then it would take Real Madrid picking up the phone and making contact with Tottenham and say that they want Christian. And that they haven’t done as far as I know.

“It all depends on Daniel Levy and there has to be another club too. Or I will sit down myself at the table and negotiate a new contract. You can’t set a date yourself. There aren’t many boxes that Tottenham don’t tick so if I have to move away, it would have to be a step up.

“I hope there will be a clarification during the summer. That’s the plan. It is hard. It depends on the possibilities. If nothing pops up that is more exciting, why not stay in Tottenham? If I then sign a new contract, depends on the conditions.”