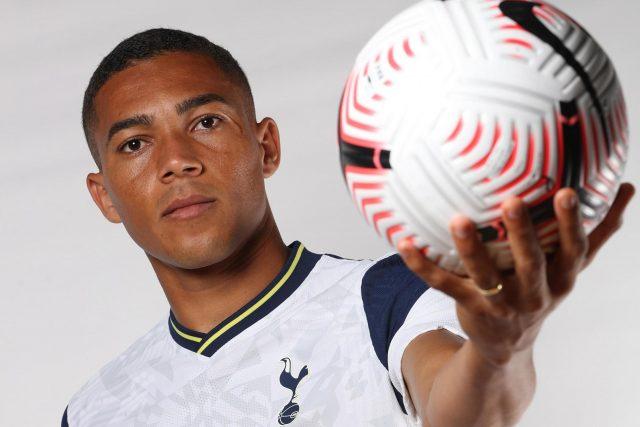 After months and months of speculation, Jose Mourinho has finally got his wish of a backup to talisman Harry Kane. Some potential names were Arkadiusz Milik, Troy Deeney, Josh King, Ollie Watkins, Danny Ings and Bas Dost but Spurs have for a rather rogue choice in Carlos Vinicius.

Fernando Llorente was the last excellent backup striker and since his departure at the start of the 19-20 season, The Lilywhites have tried Son and Lucas in those positions. But if the recent fixture against Chelsea in the Carabao Cup is anything to go by they needed to fill this void in immediate urgency.

Carlos Vinicus is definitely not the player most Spurs fans were expecting to arrive. Tottenham took advantage of Benfica’s financial crisis due to COVID-19 and secured his signature on a loan fee of £3m with an option to buy him at £41m at the start of next season.

Although 25-years-old, Vinicius has not played a significant amount of games. After securing his entry in Europe through SSC Napoli, he was sent out on loans to Rio Ave and AS Monaco but only after arriving at S.L Benfica did he show his true capability. In the Primeira Liga, Carlos topped the scoring charts and went to score 24 goals in 49 appearances in all competition.

He stands at 6’3 everyone might make an assumption that Carlos must be a poacher but in reality he does most of his damage inside the penalty box. All of his 18 league goals came from chances in the box. He took 3.3 shots per game with 27% of his efforts finding the back of the net. With Son and Harry Kane’s service this conversion will only be bound to increase.

He is a perfect ‘Mourinho’ player due to his warrior like mentality, something the ‘Special One’ has been looking to imprint on this Spurs team. The vice-captain Harry Kane maybe a striker who likes to go deep and make plays for his teammates, Vinicius gives them a different dimension as he is a pure scorer.

With little amount of rest between Premier League and fighting in all three competitions in Europe and domestically, Carlos will be more than just a bench warmer. He is good enough to push Harry Kane for a starting spot and given Kane’s injury record, he will be more than an adequate backup option.