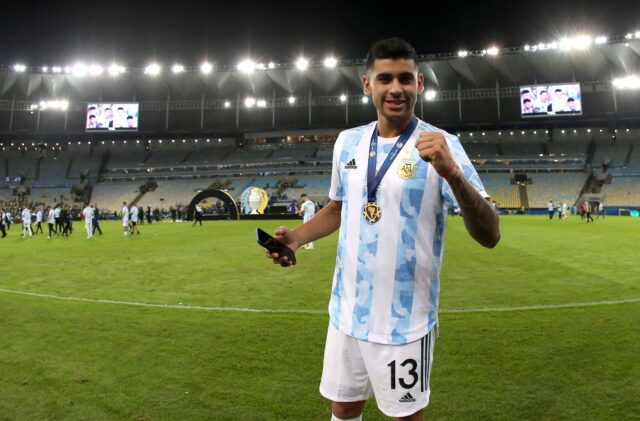 According to the sports journalist Cesar Luis Merlo, Spurs and Atalanta have now reached an agreement regarding the transfer of Cristian Romero. The Argentina international is going to sign a 5-year contract with Spurs. Tottenham Hotspur will sign him for €50 million + 5 million (additional bonuses).

The news will certainly bring a sigh of relief for Tottenham Hotspur. Fabio Paratici has been constantly engaged in the talks with Atalanta for the past week. The talks were reportedly stalled for quite some time after Spurs refused to meet the demanding price of Atalanta. The deal was reportedly off but the talks began with a fresh approach from both the clubs.

Cristian Romero has been the primary target for the North London club since the talks fell out with Jules Kounde after he rejected joining the Spurs. It was a big blow for Spurs who were then said to look elsewhere.

The North London club saw an opportunity in Cristian Romero and moved for him. Since then both the clubs have been in constant talks. Cristian Romero is interested in joining Spurs and he is currently pushing for the move. Atalanta have even moved to replace Romero as they are bracing for his departure and are reportedly closing in on Felix Uduokhai.

Spurs are also inching closer towards completing the transfer of Takehiro Tomiyasu. Atalanta were looking at Takehiro as a replacement for the departing Cristian Romero but ironically Spurs are close towards sealing the deal with Bologna for him.

The Cristian Romero deal is inching closer and it could be completed in the coming days while the deal regarding Takehiro could still take time since he is currently representing his national team Japan at the Tokyo Olympics.

It will be interesting to see the two new center-backs at the club. Tottenham has been struggling at the back but they can now start fresh with the two new faces.