Højbjerg is out of contract at Southampton next season, and Tottenham are interested in signing the Dane for a reduced fee.

Højbjerg joined Southampton from Bayern Munich in 2016 for a fee of around £13m, and since has been a consistent performer for the club.

Southampton will be looking to make something out of his transfer by not letting his contract run down to the final year and lose him at a much cheaper fee. Spurs have interest in the midfielder but will wait until the current pandemic to take a decision on whether to bid for the player. Everton are also interested in the midfielder and could potentially swoop in for his signature, but the player will be attracted towards Champions League football.

Højbjerg was asked about Tottenham’s interest in him while talking to Viaplay Sport Live and said, “It would be a lie to say I hadn’t read it. It’s a big club and I also think Christian Eriksen has positive memories from there. The most important thing is that I concentrate on Southampton and concentrate on that when the season starts again, I can continue where I left off. I wouldn’t mind knocking a few goals in. Whatever happens in the future,
you have to take it as it comes.”

Spurs have plenty of technically gifted and creative players in their midfield, Lo Celso, Moussa Sissoko, Harry Winks, but lack a solid defensive midfielder who can act as a leader and dictate play from midfield.

At 25, Højbjerg is still young, has lots of top flight experience, and can develop further if given the right setting.

Former Tottenham striker Darren Bent feels that Højbjerg is just not good enough to fit into Tottenham’s midfield. Talking to Football Insider, Bent said, “Listen, Højbjerg’s a very good player and he’s had a fantastic season at Southampton, but you look at someone like him and go, ‘Is he going to make them better?’

“This is a team that’s got to be competing for Champions Leagues and trophies. If they get Højbjerg and maybe lose Ndombele, does he make them that much better? Will he be a player other players look at and go, ‘I want to go and play with him?’ I’m not quite sure. 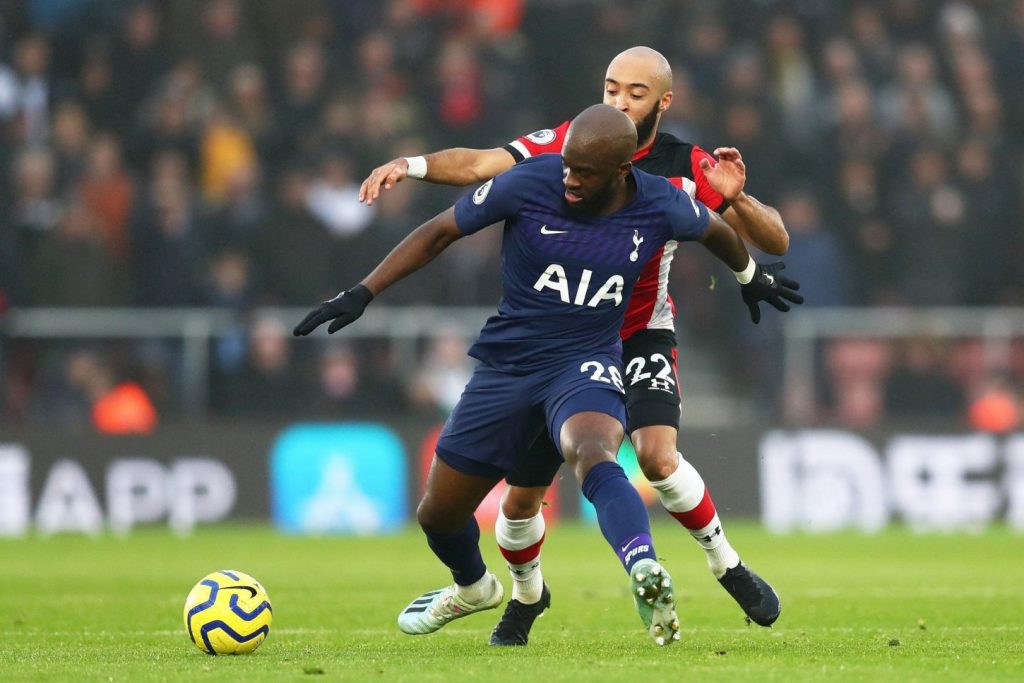 “When you look at Spurs, and I’m not disrespecting Højbjerg one bit, he’s had a very, very good season, look at where Spurs have come from in the last eight years or whatever, you talk about Mousa Dembele, Scott Parker, Luka Modric, Wanyama – they’ve had so many very good midfielder players.

“All of sudden you think, ‘Hold on a second here, yes Højbjerg’s a very good player but will he make them better where people go Spurs are really serious?’ I’m not so sure.”

Spurs fans are divided in their opinion about the player. Many fans are excited about signing the Danish midfielder who has only one year on his contract and will be relatively cheaper signing. While others feel that there’s enough quality in the present Tottenham squad, and that they don’t see him starting over Sissoko or Lo Celso.

While he may not be a generational player, he’s among one of the best midfielders outside of the top six. His attitude, workrate and leadership skills is just what Jose Mourinho needs, a hardworking and tenacious player who can be a big asset at Tottenham.