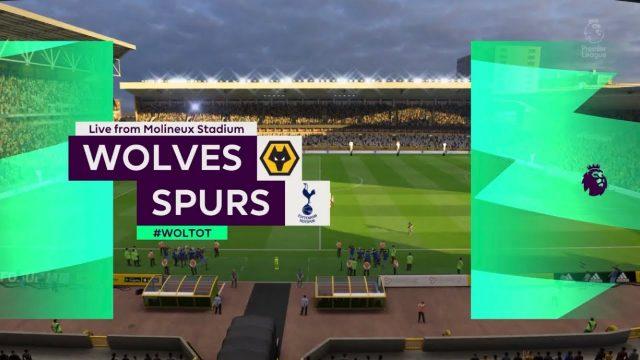 After clinching a place in the semifinals of the Carabao Cup, Tottenham will hope to stop the losing streak in Premier League as they visit Wolverhampton Wanderers.

Successive defeats against Liverpool and Leicester city has meant Tottenham have slipped down to sixth in the league standings as for their opponents a shock defeat against Burnley has left the Midlands club down in the eleventh position.

Two wins in the last six games has left Nuno Espirito Santo with a lot of questions. At times they have been pretty decent but a lack of consistent winning streak will cost them in the long run if Wolves were to challenge for a European spot this season.

Title hopes have taken a step in the backward direction for the North London club and Jose will rely on his star duo of Kane & Son to secure all the three points at Molineux.

Wolves will have to continue without their star forward Raul Jimenez as he continues to receive treatment for his fractured skull while Johnny & Leander Dendoncker are unlikely to be available for selection.

As for the Lilywhites, Japhet Tanganga is definitely out with a shoulder problem while Giovani Lo Celso will also be out of the fixture due to the thigh issue that he picked up against Leicester. Four time UEFA Champions League winner Gareth Bale will most likely miss this match due a calf injury, he suffered in the first half of the clash with Stoke City.