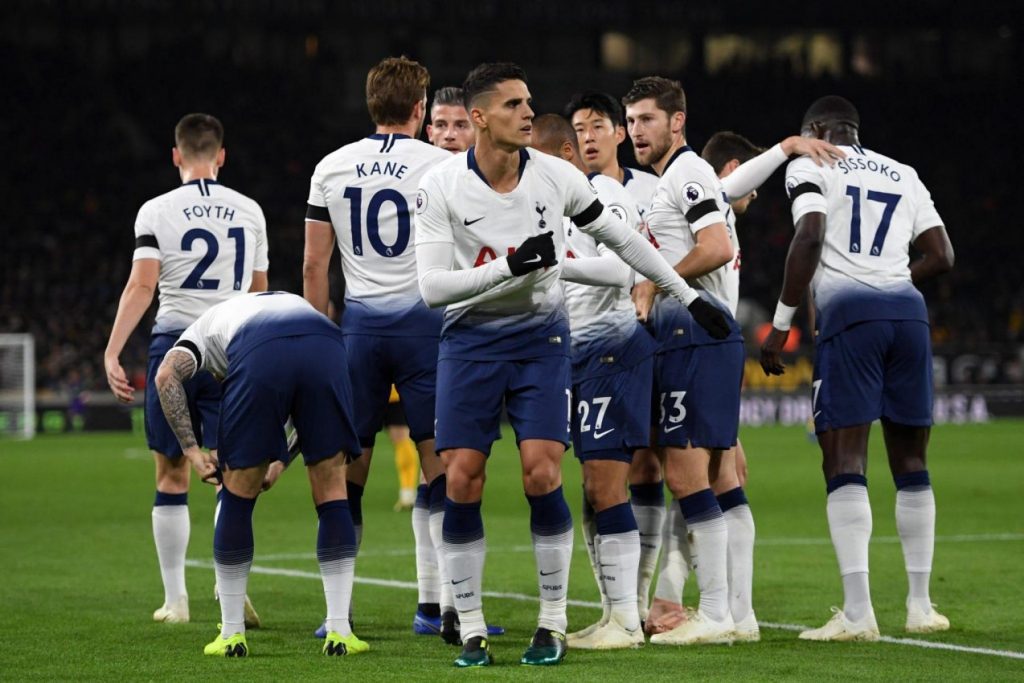 Spurs came out as the ultimate winner in their match-day 11 fixture away at Wolverhampton Wanderers.

Goals from Erik Lamela, Lucas Moura in the first half and the 2nd half goal by Harry Kane which eventually came out as the winner, helped Spurs get the 3 points after Wolves scored 2 penalties in the second half. The win takes Spurs to the 4th position 1 point above Arsenal.

But the victory was hard earned and heavy for the North Londoners. Ben Davies while giving a tackle in the 3rd min brought down Mousa Dembele as well in the follow through forcing the Belgian off the field with a injury spell a probability. Son was introduced in place of Dembele to continue with the proceedings. Spurs broke the deadlock in the 27th minute when Lamela played one-two pass with Son and caught the Wolves’s defense at bay creating an opportunity for Lamela who calmly placed the ball in the back of the net to give Spurs the lead. Within 3 minutes Spurs were leading by 2 when Trippier crossed a lovely ball into the 6 yard box where it was met by Lucas Moura who scored the easiest header a forward could ask for. 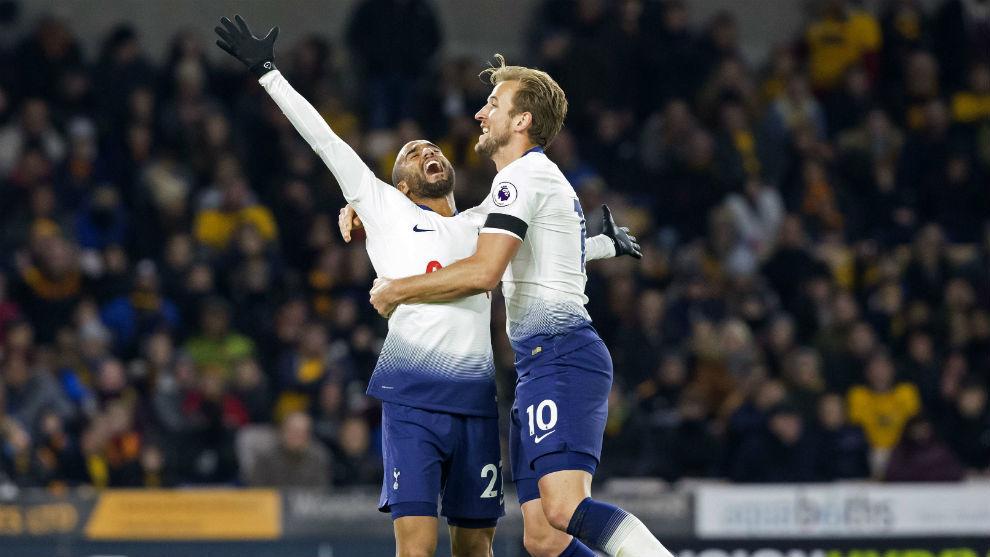 Wolves stuck in the 36th min via Raul but the linesman called it offside, replay’s however showed that the goal should have stayed but absence of VAR kept the goal line unchanged.

Wolves came out stronger in the second half bringing waves of attacks which forced Spurs into playing the first 15 minutes defensively with Lloris being forced to make some astonishing saves to keep the score intact. However, in the 61st minute Lamela created a opening for Kane whose first shot was saved by Patricio but the rebound was again met by Kane who scored it from his left foot to extend the lead to 3-0. The lead did not stay long much as a silly challenge by Foyth starting his 2nd ever match conceded a clear penalty which was slotted home by Ruben Neves. Wolves were pushing hard for their second goal when in 78th minute Foyth fouled Raul again and another penalty was awarded to Wolves again and this time it was Jimenez who netted the ball to get the score to 3-2.

Spurs then had to hold on to the narrow 1 goal lead until the final whistle was blown which included some strong saves being forced from both the keeper’s and testing the defenses. Spurs showed their attacking supremacy which was upto some level matched by the Wolves however the points were taken back to North London.