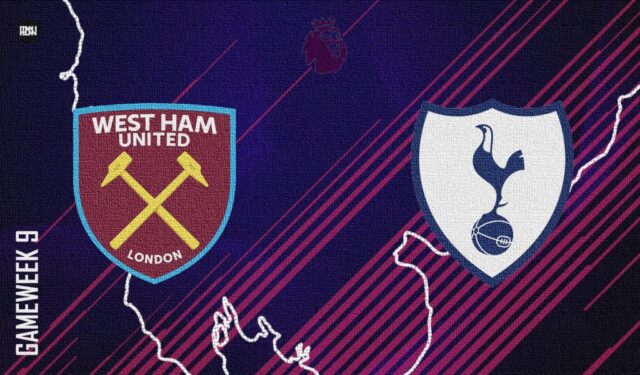 After the midweek European fixtures, domestic football returns again in the form of Premier League, and the circus continuous for yet another week. In what will be the 9th gameweek of the Premier League, there is a blockbuster clash between two London rivals. It is a clash between two clubs hoping to challenge for the top 4 places and Sunday’s outcome will be crucial in the race for the Champions League places. This weekend brings to us a battle between West Ham United and Tottenham Hotspur.

West Ham United were last in action in the Europa League in the midweek, where they ran out deserved 3-0 winners. The Hammers were in full flow on Thursday night, as they dominated Genk at home, and goals from Craig Dawson, Issa Diop, and Jarrod Bowen made it three wins out of three in the Group H of this season’s UEL. The Hammers continued their perfect record of three wins out of three and no goals conceded in the group stages, gradually leaving their stamp on the competition, with manager David Moyes determined to win it. The Scot was able to rest his key players on Thursday, ensuring that his squad was fully fit and firing for the London derby on Sunday. Although the Hammers are said to focus fully on winning the Europa League, their league form has not been bad with the Londoners sitting 7th in the league, just a point off 4th place.

Tottenham Hotspur will be looking at Sunday with eager eyes as a way of getting back to winning ways. They endured a disappointing night in the Netherlands, as they fell to a 1-0 loss against Vitesse in the European Conference League on Thursday. That has left them in danger of exiting the third-tiered European competition in the group stages itself, as they sit 3rd now and 3 points off the top spot. There has been a gloomy atmosphere around Spurs after the pragmatic style preferred by manager Nuno Espirito Santo has been criticized by many.

They started well with three clean sheets and three goals in the opening three games in the league, including a win on the opening day against defending champions Manchester City. However, they fell off after a 3-0 loss to Crystal Palace, which was followed by two more losses against main city rivals Chelsea and Arsenal. Their inconsistent form has left them 5th in the table and 5 points below league leaders Liverpool. The manager and the fans are well aware of the fact that they need to be more consistent if they want to get back into the Champions League, and a win against West Ham on Sunday would be a key step in doing that.

West Ham have a triple injury boost ahead of Spurs’ visit to the London Stadium on Sunday. The Hammers could welcome back their main right-back Vladimir Coufal after his time on the sidelines, but will no doubt have to face a late fitness test before the game. Veteran midfielder Mark Noble could also be in contention for the squad against Spurs, after recovering from his injury and could feature from the bench. Ryan Fredricks is a doubt for the game on Sunday, and it remains to see if he’s passed fit. David Moyes named a few changes in their midweek Europa League game, with star striker Michail Antonio getting a well-deserved rest. He will be expected to lead the line against the Spurs.

Tottenham Hotspurs manager Nuno Espirito Santo named a weak side in their European Conference League game against Vitesse which they lost 1-0 away from home. He will be expected to name his strongest side here on Sunday. On the injury front, it’s all good news for Spurs, with no major absentees. It is unlikely that any of the starters on Thursday will make the starting 11 on Sunday, with the Portuguese expected to name the same 11 which defeated Newcastle United at the St. James’ Park last week.

CAN THE HAMMERS TAKE ADVANTAGE OF WEAK SPURS DEFENSE?

Spurs under new manager Nuno Espirito Santo have not been as stable defensively as the Portuguese would have liked, with the team having the worst defense in the top half of the table. With an in-form attack of Antonio, Jarrod Bowen, Said Benrahma, Pablo Fornals, and others, West Ham will no doubt be looking to take advantage of the weak defense. They have the ability to hurt teams on the break, and under Moyes, their build-up play has been fluid. The Hammers have played an attacking brand of football since the start of the season, and it could continue again on Sunday.

Tottenham have conceded 12 goals so far in 8 games, and their pragmatic style of play has not worked out so far. Nuno Santo is known for his strong defenses, and he likes to build teams with resilient defence. However, at Spurs, it has not all gone to plan yet. They started well with three clean sheets but conceded 9 goals in the next 3 games, which destroyed the backline’s confidence.

Spurs are still struggling defensively, and have not found their best back 4, with Santo using different players almost every week. To be solid at the back, Tottenham needs to establish a backline that will play week in week out and as a result gel in together. With just 8 games played yet, the Lilywhites still have time on their side to sort out their defensive issues. They have conceded far too many sloppy goals, and a side like West Ham will surely capitalize on their defensive frailties to hurt them.

With much tougher periods yet to come, Spurs and Nuno Espirito Santo need to find a solution for their issues soon. With their attack not firing as well, there are many more issues which the Portuguese need to sort out, and if not resolved soon, could end up missing out on a Champions League qualification for the third year running.

The Algerian forward moved to West Ham United from Brentford last season, after impressing in the Championship. However, his move did not get off to the best of starts with Benrahma struggling for game-time and finding himself on the bench most of the times. His woes continued further, after the Hammers brought in Jesse Lingard on loan in the second part of last season, and enjoyed a renewed resurgence with his arrival. This resulted in a very limited playing time for the 26-year-old, and many tipped him to leave the London club this summer.

However, with Lingard not signing on a permanent deal, and some good fortune, Benrahma found himself in the starting 11 at the start of this season and he took that opportunity with both hands. He was named in the starting lineup by Moyes against Newcastle United on opening day, and Benrahma repaid that faith with a goal and assist and an all-round brilliant performance. Benrahma followed that display with another goal and assist against Leicester City in the second game, endearing himself to the fans and the manager in the process as well.

Since then, the Algerian has continued his displays and is now a guaranteed starter in the league. Said Benrahma is now considered as one of the key players in the team and was rested on Thursday night, which all but confirmed his spot in the lineup on Sunday. He has some quick feet and can turn a defender inside out with his quick turn of pace. He can shoot well from outside the box and is gradually cementing his place as the chief creator in the West Ham team. Expect to see a lot of him on the ball on Sunday.

Harry Kane had a very controversial summer, after a brilliant Euro 2020 championship, where he led his country to the finals but failed agonizingly short. However, his break was spent dealing with rumors about his alleged multi-million move to title favorites Manchester City. Although the deal did not go through, the English striker seemingly lost all the support of the fans and has had to build new bridges this season. He has had a pretty quiet start to life under new boss Nuno Espirito Santo, with the Portuguese manager more focused on the defensive side of the game. However, the Englishman still remains a very lethal striker and one of the best in the league. His status as the best striker in the league could be in danger, however, with West Ham defender Kurt Zouma claiming that Michail Antonio- the West Ham striker- is on par with Kane.

The Spurs talisman has not had a desired start to the campaign, with just 1 goal in 7 appearances, and will be raring to get going. He is known for his prolific finishing and with the form he is in right now, there will be ugly rumors rearing their heads again soon. As of right now, his club needs him and needs him sooner than ever. The club have scored just 9 goals in 8 league appearances, with 3 of them coming in last week’s game against. He will be expected to be on the scoresheet on Sunday, and get his team the three points.