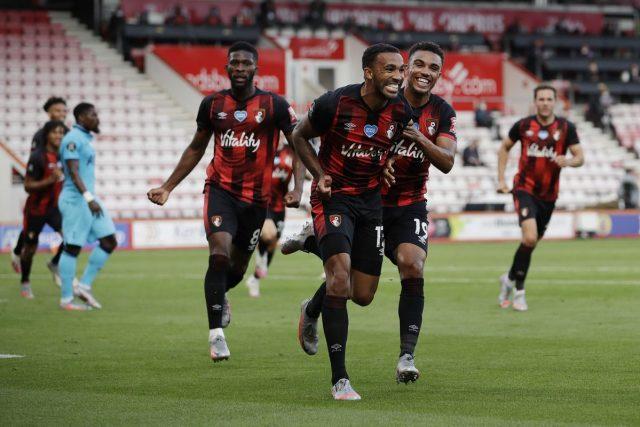 The 28-year-old has been been linked with move to Tottenham and Newcastle United recently after the Cherries suffered relegation.

The England international is expected to move should the club receive the right offer for him as they look to soften the financial blow ahead of their participation in the Sky Bet Championship in the 2020/21 season.

Wilson joined Bournemouth from Sheffield United for a fee reported to be £11.5 million in July 2014, and helped Eddie Howe’s side during their five years in the Premier League.

David Moyes is looking to add further attacking options to his squad for next season having seen Sebastien Haller struggled to make the needed impact at the London Stadium.

Moyes sees Wilson as a competent firepower for his creative midfield considering that the Englishman has scored 67 goals in 180 appearances at the Vitality Stadium. But the Hammers are aware they will need to offload some dead woods in their squad if they are to recruit all their summer targets.

Bournemouth are likely to command a fee in the region of £20 million for the forward, who was once a target for Manchester United and Chelsea last summer.

Tottenham are also looking for a back up for Harry Kane who looks to be the only natural striker in the north London club, with Troy Parrot failing to impress Jose Mourinho enough to give him chances.

In the 2019/20 Premier League season, Wilson sored just eight goals in 35 appearances for Bournemouth while adding just one assist to his tally.

David Brooks is another of Bournemouth’s assets who is attracting interest from the top-flight clubs with the Hammers and Newcastle battling Crystal Palace and Leicester City for the youngster’s signature. The 23-year-old was out for the majority of recently ended campaigning managing just eight starts in the top-flight in which he scored once.