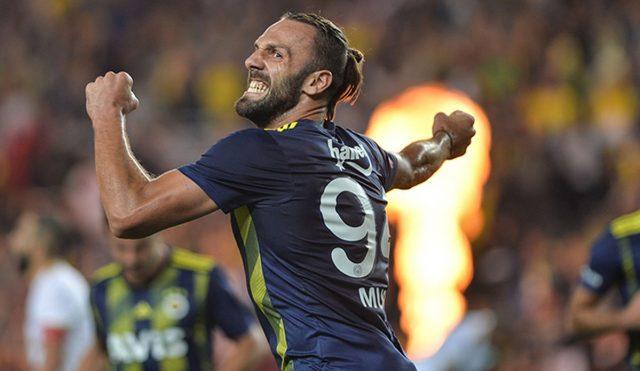 Regardless of the world’s present situation, lots of clubs are already planning towards next season, looking to build on what they’ve been able to achieve this season.

Tottenham are not left out of such scenario as they’ve been reported to have identified Vedat Muriqi, a 26-year-old centre forward who presently plays for Turkish league giant Fenerbahce, as their potential target for the upcoming summer transfer window.

Vedat Muriqi is Kosovan professional, who was born in Prizren, FR Yugoslavia (now Kosovo). He currently has an Albanian, Kosovan and Turkish passports. 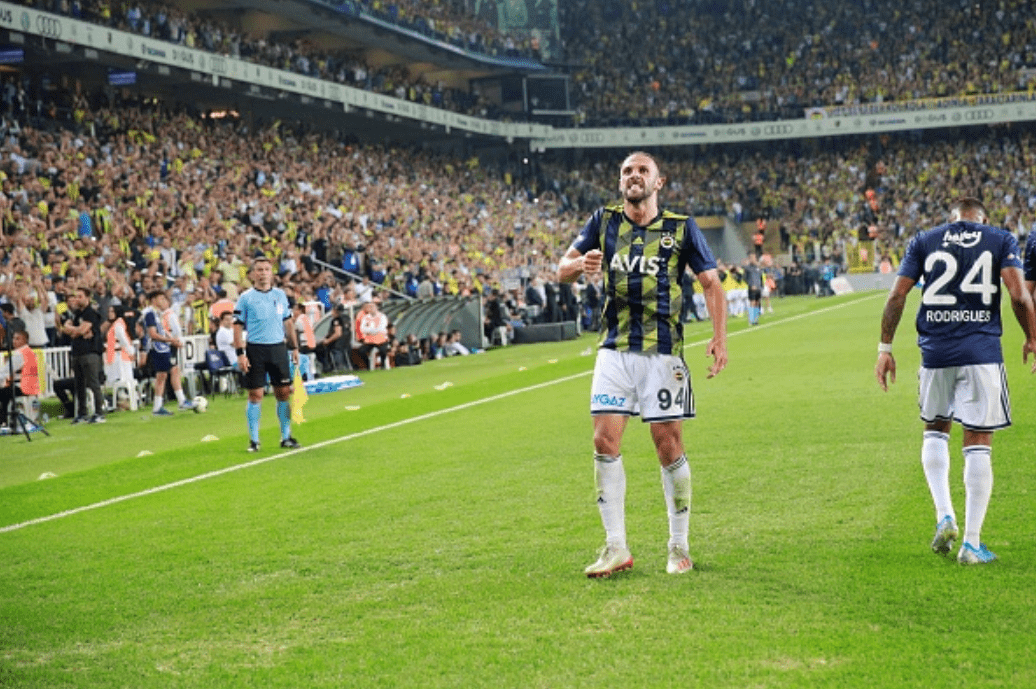 After representing both Albania and Kosovo’s Under-21 youth team, Muriqi got a call-up from Kosovo for 2018 FIFA World Cup qualifying match against Finland in August 2016, which prompted him to focus his allegiance to Kosovan national team.

He later made his debut with Kosovo against Ukraine for 2018 FIFA World Cup qualification match. And since making his debut for Kosovo, he has now scored eight goals, making him the top scorer of the Kosovan national football team.

In one of his best performance for Kosovan national team, during EURO 2020 qualification match against England, he had a hand in the three goals scored by his team, where he provided two assists and scoring a lone goal as his team were eventually defeated, losing 5 – 3 to the English team on 10 September 2019. 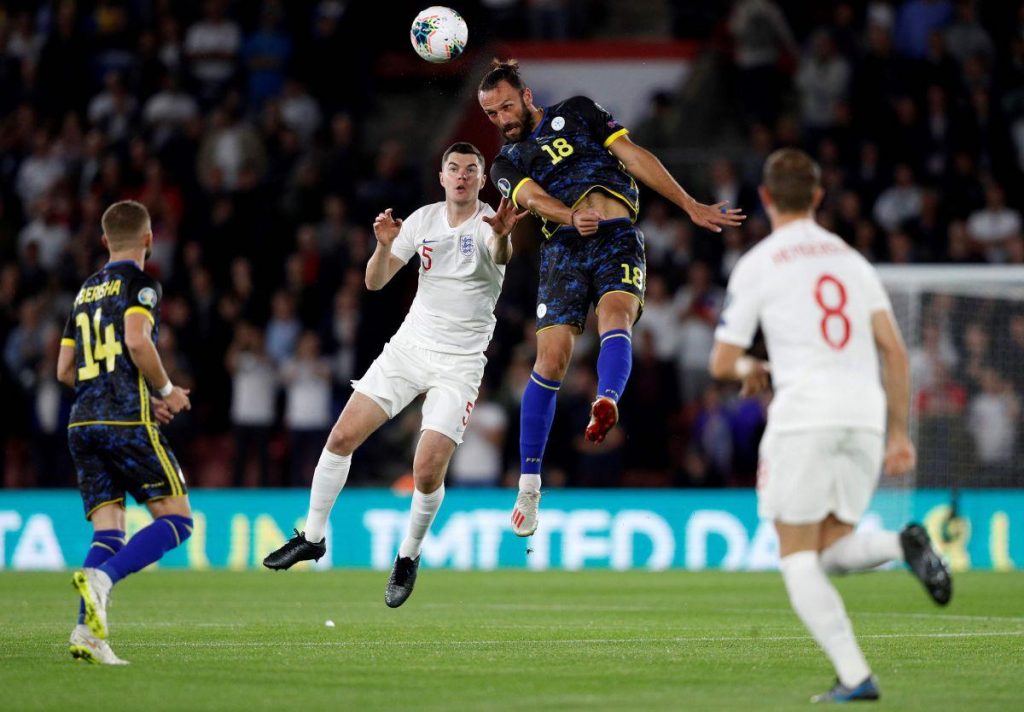 Muriqi is an ideal centre forward, with aerial dominance due to his height, standing at 6ft 4in. His strength, ball containing, shooting abilities, finishing and team play stands him out.

His former Çaykur Rizespor manager who coached Muriqi revealed that Muriqi dramatically improved during his final season at the club, due to his extra trainings.

On 21 September 2019, former Turkish international Rıdvan Dilmen heaped praises on Muriqi, stating that: “There are some forwards. They might be short and quick. Some are powerful. Some are tall, like Peter Crouch, who can get the ball on ground. Muriqi possesses all [of these]. If he could play alongside Alex, he could score 25 goals [in a season]”.

On 7 July 2019, Muriqi completed a transfer to Süper Lig side Fenerbahçe, from Çaykur Rizespor signing a four-year contract.

This season, he has scored 15 goals while also providing 5 assists in 25 total appearances for Fenerbahce. 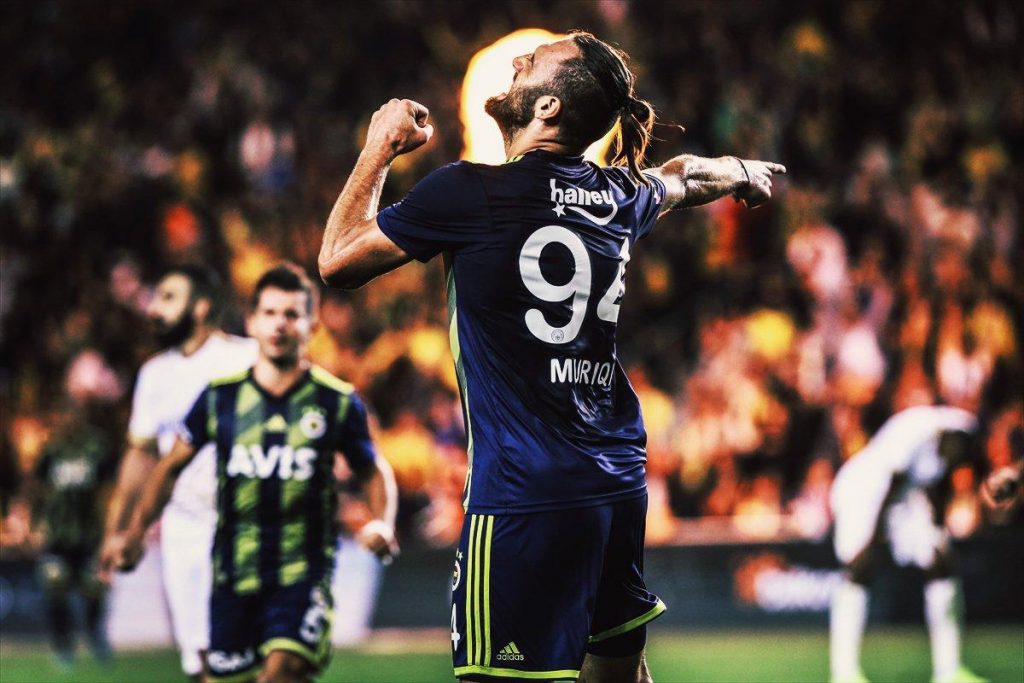 Muriqi’s performance this season has led to an interest from clubs like Lazio, Napoli, Manchester United, Brighton, Leicester City and Tottenham.

As per Sabah (translated by Sportwitness), Tottenham Hotspur are now looking serious about signing the Kosovan international forward and they are reportedly prepared to pay €20m for him this summer.

Undoubtedly, his arrival at White Hart Lane would give José Mourinho’s team some much needed depth in attack, as a quality cover for their talisman Harry Kane when injured and can also be a good partner, while playing with two strikers.

Despite having just arrived at Fenerbahce this season, the forward could be set for a quick move to the Premier league club during the summer despite his contract still running until 2023.