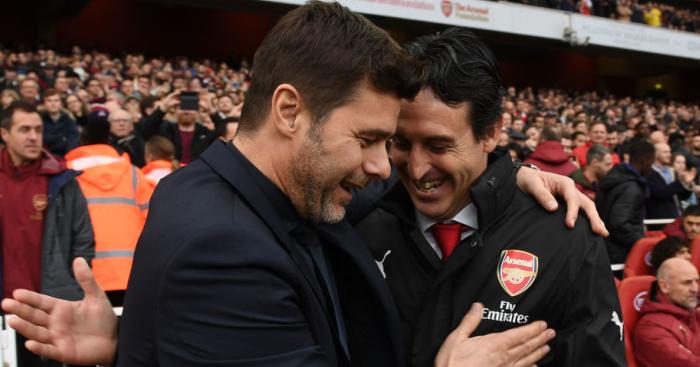 The sacking of Jose Mourinho came as a shock to the footballing world and before anyone could get out of the dilemma the first questions were, Who is it that will replace Mourinho?

The Red Devils have not seen glory days since Alex Ferguson’s retirement. David Moyes, Louis Van Gall, Mourinho none could bring the glory back to the red devils and not they will be on the hunt to find someone who could turn the fortunes around for them. Tottenham Manager Mauricio Pochettino came as a shock name to replace Mourinho and after Pochettino refused to commit his future to the club it put more fire to the speculation. However, his North London Rival Unai Emery told to reject any offer from United and stay at Spurs. Emery said, ‘He’s very happy at Tottenham.

‘He’s coaching a very big team with very big players. They are in the Champions League and are also in a better position in the Premier League than Manchester United. ‘His performance at Tottenham is very big. I don’t know if he’s thinking to change for another club but I am looking at him with a very big commitment to Tottenham and he’s creating a good performance, a good idea at Tottenham. Tottenham improved a lot with him.’

The comments from his North London rival has come just before they face each other in the league cup semi-finals.

‘Their level now is very big. They have very good players, the coach is working very well, they are winning a lot of matches,’ he added. ‘When they are on the ball they are a very organised team, with their movement, they like a lot of possession and progress with the passes. They are physically very hard and have attacking players with very big performances. ‘We need to play a big match and it will be more difficult than the first.’ said Emery.