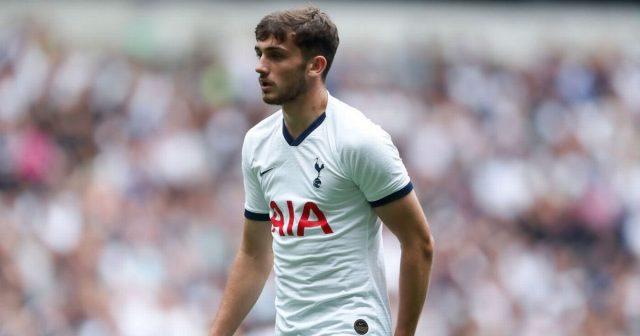 Parrott has made four appearances for the Lilywhites this season but has just two substitute appearances in the Premier League. The club has confirmed that the Irish youngster was having abdominal pain and was hospitalised. It was later revealed that he was showing early signs of appendicitis.

Troy Parrott has undergone surgery to remove his appendix.

The club statement read: “The young striker was found to have early signs of appendicitis after reporting abdominal pain to our medical staff.

“He will now undergo a period of recovery before commencing rehabilitation and returning to training later in June.”

The youngster will now spend some time in rehabilitation and will subsequently miss the early fixtures of Tottenham if the Premier League restarts on June 17th. Parrott joined Tottenham training earlier last week and was set to start contact training. Premier League allowed clubs to restart contact training after introducing phase two of ‘Project Restart’. The provisional date to restart the league is set to June 17 which is subject to the government’s approval.

Parrott turned 18 in February and made his debut for the first team in the pre-season against Juventus. In September last year, he made his professional debut for Spurs in their Carabao Cup third-round loss against Colchester. He made his Premier League debut under Mourinho in Tottenham’s 5-0 win against Burnley when he replaced Dele Alii in the 85th min. Despite Kane’s injury, Mourinho admitted that Parrott was not ready to start regularly for the Lilywhites.

Mario Mandzukic: Back-Up till Troy Parrott is up and running