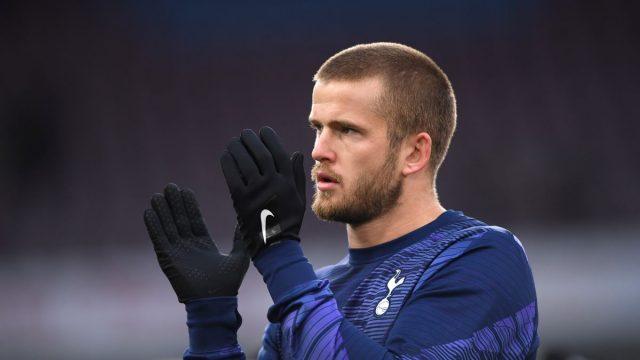 According to Fabrizio Romano, Tottenham Hotspur are working on extending Eric Dier’s contract. The Cheltenham based player last signed an extension in 2016 and has just one year left on his contract after this summer.

Eric Dier has been linked with a summer move away from North London. But it appears that Mourinho likes the defensive midfielder and has him in his plans for the next season. While answering a fan’s question on twitter, Fabrizio Romano revealed that Dier’s contract extension is in progress.

Jose Mourinho is a fan of Dier and has often played him in the defence. Even Dier’s desire is to play at the back in the near future. He is currently one of the longest-serving players at the club, being one of the first signings of Mauricio Pochettino when the Argentine arrived.

The English international has made 25 appearances for the Lilywhites this season in all competitions so far. This season has been somewhat a mixed performance from the 26-year-old. He started the season a bit late as he had to undergo a surgical procedure earlier this season. He started his first game late in September in an EFL Cup game against Colchester, which Tottenham lost on penalties. He couldn’t perform well till December last year.

However, under Jose, Dier is getting back in form and has looked comfortable playing as a centre-back. The extension is just a precaution from the board to not let the 26-year-old leave for free at the end of next season.