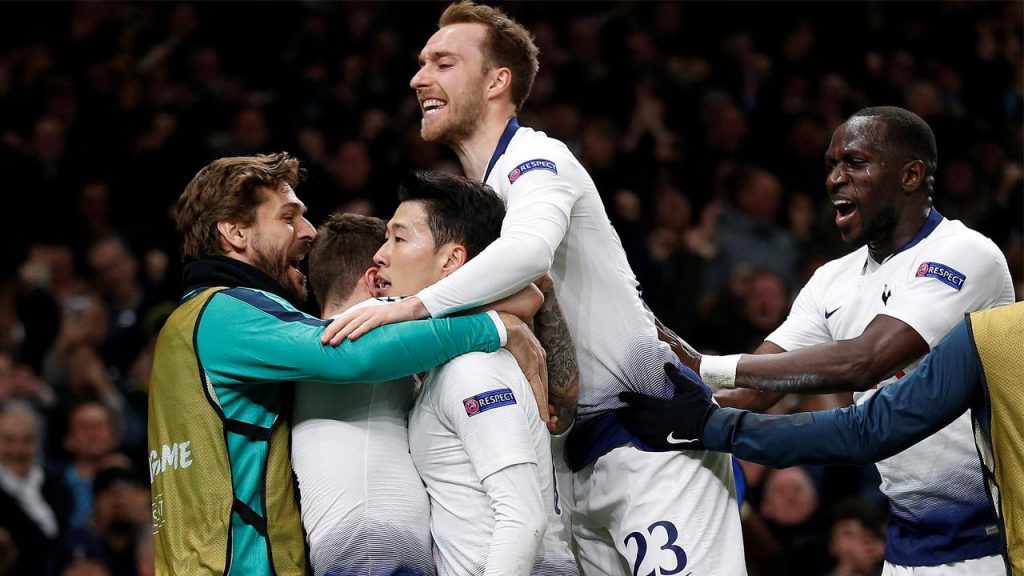 Tottenham head to the Etihad with a 1 goal advantage against Manchester City as they look to book their place in the UEFA Champions League semifinals.

Despite injuries to Harry Kane and Dele Alli, Spurs still managed to score 4 goals against Huddersfield Town as they look to book their place in the top 4. City, on the other hand, will be motivated to score a lot of goals in front of the home fans as they boost their chances of winning a Quadruple.

With notable absentees in both the teams, it remains to be seen who emerges victor between the 2 sides.

The two sides have faced each other on 157 occasions. Both City and Spurs are tied with 61 victories each while 35 games have ended in a draw. Tottenham will have to be at their very best if they are to defeat Manchester City at the Etihad.

Since moving to their new stadium Tottenham have been in great form winning all 3 matches they played. The team’s performance in the 1st leg of the Quarterfinals was incredible.

City, on the other hand, suffered their first defeat against Spurs after going unbeaten for 14 straight games.

Tottenham will be without Kane and Alli while City will miss Fernandinho, the absence of these key players makes it difficult to predict the winner of this match.

The key absentees for Tottenham will be Striker Harry Kane and Winger Dele Alli. While Erik Lamela and defender Serge Aurier, both of whom are carrying hamstring injuries. Eric Dier will also miss the clash because of his hip injury.

Manchester City, on the other hand, will be without Fernandinho, Oleksandr Zinchenko, Fabian Delph and goalkeeper Claudio Bravo because of their injuries.