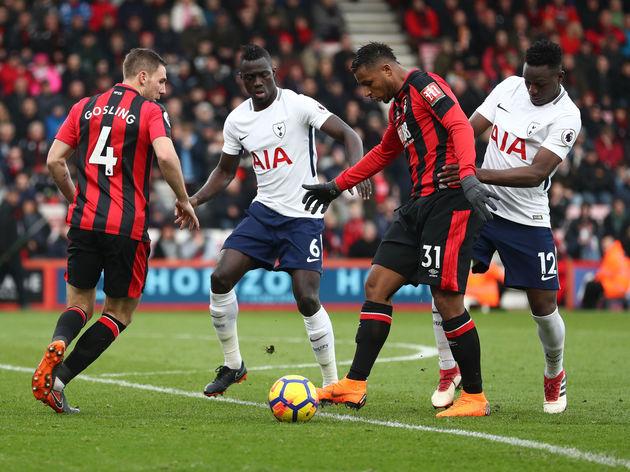 Tottenham are all set to host Bournemouth at the Wembley as Spurs look to continue their impressive run of form.

Pochettino was in the headlines throughout the weeks after the sacking of Mourinho gave way to rumors of him joining United’s managerial post. Spurs were quick to grab the headlines after the 6-2 demolition of Everton and they will very well look to replicate the same performances against the cherries.

Bournemouth will look to get their second consecutive win in the league after.

The last time the two team faced each other Spurs won 4-1 at the Vitality Stadium in March last season.

Tottenham are enjoying a very good run of form and have only faced defeat once in their last 10 encounters. have enjoyed a fine run of recent form. Tottenham dew against Barcelona to book their place in the Champions league and also avenged their defeat to Arsenal in the Premiere league by knocking them out of the EFL cup while cementing their place in the EFL semifinals where they face Chelsea.

Tottenham are unbeaten in their last 4 matches which included the 6-2 demolition of Everton.

Bournemouth meanwhile has been struggling with their form and have only managed to win 3 of their last 10 matches in the Premiere league and have struggled against sides like Liverpool, Chelsea, and Manchester City. Bournemouth also got knocked out of the EFL Quarterfinals by Chelsea.

However, the Cherries bounced back from the defeat to Chelsea and returned to winning ways with 2-0 win at home to Brighton.

Midfielder Delle Ali is likely to miss the fixture after suffering an injury against Everton. CB Davinson Sanchez returned in the team against Everton after missing 9 games with a hamstring injury.

However, Eric Dier, Serge Aurier is still recovering from a groin injury, Jan Vertonghen and midfield duo Mousa Dembele and Victor Wanyama will miss the fixture with their injuries.

Meanwhile, AFC Bournemouth have just 3 absentees Midfielder Dan Gosling, right back Adam Smith and Lewis Cook all miss out their game with injuries.