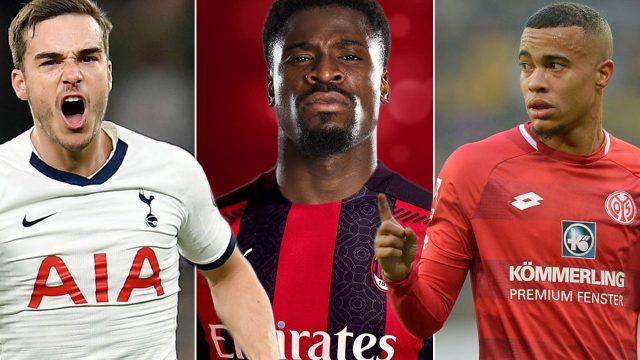 Tottenham might have had a positive ending to their otherwise dismal season, however, they would there is still a lot of work to be done, their backroom team must be back to work as they don’t have much time to flex their muscles in the transfer market. Hence, keeping up with the reports we bring to you the latest transfer rumours regarding Spurs.

Spurs have been linked with a number of right-backs all throughout the summer and the list doesn’t seem like stopping soon as Jose Mourinho’s men are now being linked to Atlanta right-back Timothy Castagne. The Champions League quarter-finalist is reportedly available for as low as and Daniel Levy is being urged to seal the bargain.

Former Spurs striker Darren Bent has had his say over the deal as he was quoted saying, “When you talk about a guy who’s an international and has Champions League experience as well, if they have aspirations of getting back into the Champions League, they need that kind of experience so I’m all for that.

“That is a bargain, £18million – it’s crazy we’re talking about £18million being a bargain but with some of the prices that are being bandied about, yeah. That’s the kind of signing you need to bring in for that sort of money – not every signing has to be for £40-50million-plus.”

Pep Guardiola is reportedly keen on Harry Winks as he looks to bolster his midfield option for next season. While Manchester City are blessed with a star-studded midfield of Rodri, Kevin De Bruyne, Phil Foden, David Silva, Bernardo Silva, Fernandinho and Ilkay Gundogan, they do lack in holding midfielders and the English international presents himself as a genuine option to fill up the gap.

It seems as if Tottenham are finally going to sign a back-up striker for Harry Kane as the Premier League outfit have approached FC Mainz to enquire about Robin Quaison. The 26-year-old has scored 13 goals and provided two assists in 32 appearances for the Bundesliga outfit.

AC Milan have been long interested in signing Spurs right-back Serge Aurier with Jose Mourinho also keen to get the Ivorian off the books, however, even though al parties seem in consensus for a move, if reports are to believed it could still be halted as the Serie A side isn’t ready to meet Tottenham’s asking price of £20million, they’re only willing to offer as much as £13million.