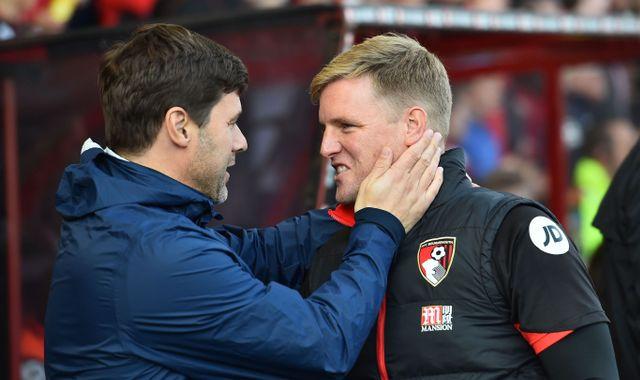 Talking to The Mirror he said, “I just don’t see Eddie Howe being the right man to replace Mauricio Pochettino at Tottenham if – or when – he does leave White Hart Lane,”

“Yes, they will win a couple of games against the big boys, they’ll have a little run where they are attractive and easy on the eye.

“But then, for large chunks of the season, they will get their backsides spanked.

“I don’t mean this disrespectfully to either of them, but I see Howe and Roberto Martinez as two cheeks of the same bum.

“I’m not sure there’s ever a Plan B. While Howe can get away with conceding goals and losing games at the Vitality Stadium, that will never be the case at Spurs or any of the other big boys for that matter.”

“We know very well that if you are not 100 per cent in every single game in the Premier League, this can happen.

“You need to play your best for 95 minutes. Today we dropped our energy and focus a little bit and in the last 20 minutes we conceded three goals.

“That’s why it’s so tough to win the Premier League – because you need to be consistent.

“This was a clear example that if you are not, if you don’t play with the right quality and energy, that it’s difficult to compete.”

Pochettino’s future remains in doubt till United announce a new manager meanwhile Spurs saw their 5 games unbeaten streak end in the Premier League as they were defeated 3-1 at home against Wolverhampton.