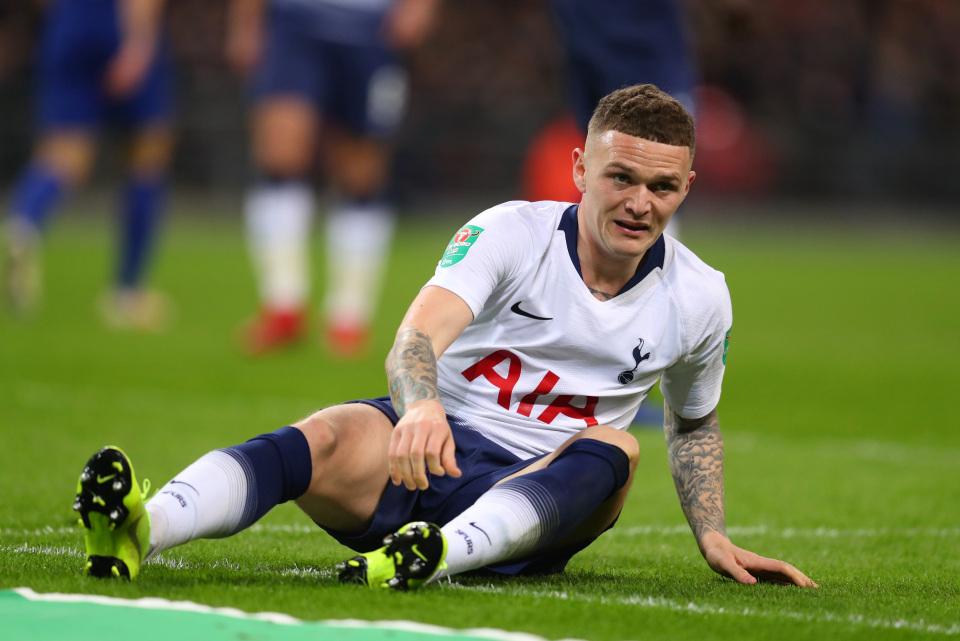 Tottenham Hotspur Right Back Kieran Trippier has got his name included in talkSPORT’s worst 11 of the season.

After enjoying a great World Cup in Russia much was expected from the England international at the club. However, poor performances and a number of errors led to the player face a lot of criticism from the fans and pundits.

Trippier struggled for fitness and after making his return failed to show consistency in his performances.

The 28-year-old after his impressive campaign at the World cup was expected to star for Spurs and guide them to their 1st piece of silverware since 2008. However poor defending and horrific mistakes have put him into a team full of the worst performers.

Trippier is being linked with a move away from the club as Italian side Napoli are keen to sign the player.

If Trippier decides to leave Spurs will be left with Serge Aurier and Kyle Walker-Peters while Aurier has struggled to remain fit this season KWP does not have enough experience to replace Trippier in the team.

Trippier will likely stay at the club next season and for more years to come. Judging the player based on his performances will be too harsh as the player has struggled for fitness throughout the season but still managed to put up some impressive displays for the team.

Spurs next travel to the Netherlands for the 2nd leg of the Champions League semi-finals against Ajax.