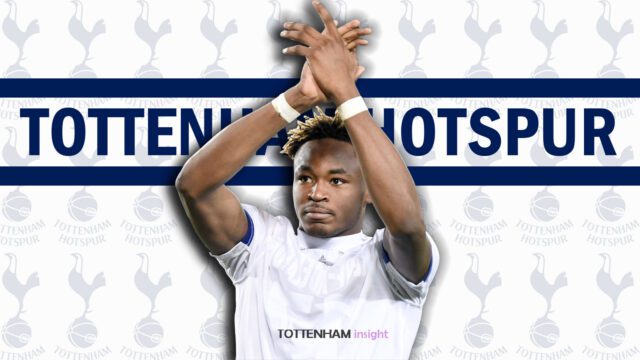 Romano said: “Tottenham’s goals in central defence will depend on the price. I can tell you that one of the players they have been watching for a long time is Mohamed Simakan from RB Leipzig. Another player they greatly appreciate is Josko Gvardiol. These are two players who really like them, but it depends on the price.”

Mohamed Simakan spent years leading up to his breakout 2019–20 season bouncing around numerous clubs in the vast suburbs of his hometown of Marseille. Once a youngster at Marseille’s academy, Simakan slowly transformed himself into a reliable defender. The 6ft 1in defender quickly caught the attention of Ligue 1 outfit, Strasbourg’s scouts. His commitment and tireless work ethic on the field, as well as his cool, collected demeanour off the field, have consistently been commended by Strasbourg manager Thierry Laurey and the club’s supporters.

The French International only switched from Strasbourg to the Bundesliga club RB Leipzig last summer after agreeing to a £14.6 million agreement with the Ligue team in March 2021.

A central defender has always been a target for Conte with the likes of Pau Torres, Bastoni, and Bremer linked to a move to the London club. However, just like Bissouma‘s transfer happened behind the limelight, Spurs might be eager to secure another deal under the radar. It’s never easy to negotiate with Leipzig and more media coverage will actually surge the price for the 22-year-old. At this rate, the Italian coach is eager to move quickly to continue the rebuilding of the group that helped him achieve a stunning return to UEFA Champions League plays last season.

As Romano mentioned in his interview, Tottenham’s interest in various players have been already reported. But, Fabio Paratici (Tottenham’s sporting director) has kept his mouth shut regarding this “surprise” transfer target. However, keeping a big secret like that sounds a bit too difficult for the English side.

Conte banked on a 3 man defence last season with Romero leading from the back. However, a robust centre-half signing is warranted at the back of the defence to compliment Romero well. Simakan enjoys a well-deserved reputation as an exhilarating ball-carrying, aggressive, and adaptable defender who is equally effective at playing right-back and center-back. Some of the attributes Antonio Conte likes in his defenders.