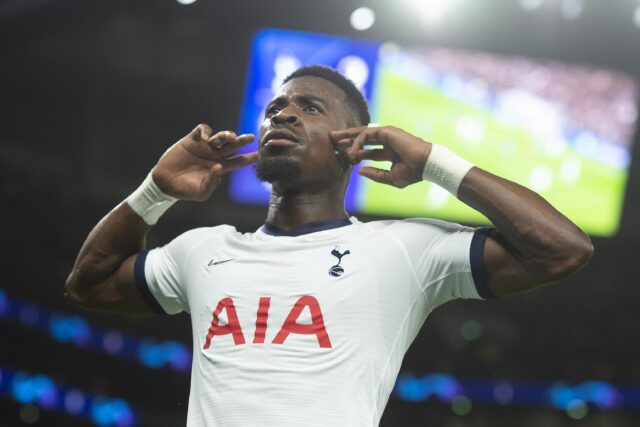 Serge Aurier has flirted with a potential return to Paris-Saint Germain on multiple occasions during his time at N17. Whether directly or via sources, the Frenchman has made sure that everyone knows PSG is the ‘club of his heart’ and this continues as his interview with L’Equipe drops out.

Aurier is tied down with Tottenham Hotspur till June 2022, as with about twelve months left on his deal at N17 – it’s time for the club and the player to make a decision and it looks like the latter has already made his.

When asked about his future, Aurier said: “If I wanted to extend at Tottenham I would have done so already.”

The 28-year-old furthered the claim insisting that it won’t change, although he was not entirely sure that Spurs made any attempts to secure his services beyond his current contract.

Speaking specifically about PSG, Aurier explained: “I have never hidden my desire to come back to PSG one day. This is my heart club, the one I support, I feel free to talk about it. But I don’t want people to think I’m kicking my foot out and closing the door on anyone. But if the club makes a proposal this summer, PSG will be one of my top picks for sure.”

Tottenham won’t mind letting go of Serge, but demand a hefty price of €15m for a summer transfer. And as about PSG, they are pursuing a deal for Inter Milan’s Achraf Hakimi, however, if things fall through they could turn their heads for Aurier, who’ll comparably come cheap and easy.