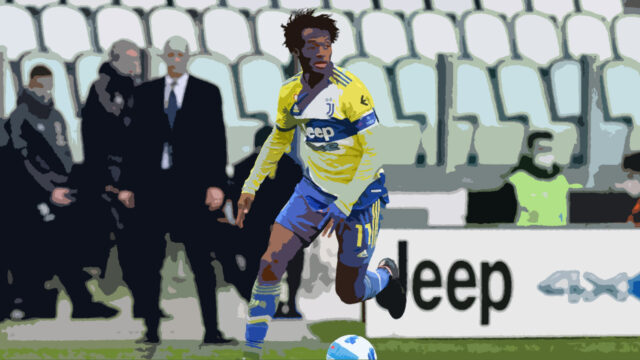 According to Italian journalist Rudy Galetti, Tottenham Hotspur are reportedly eyeing a summer swoop for Juventus star Juan Cuadrado as his contract is up in the summer of 2023.

Transfer guru Fabrizio Romano recently reported that his contract with the Old Lady was extended by a year automatically due to a clause in his agreement but the 33-year-old wants to extend his deal upto 2024. Reports coming from numerous sources claim Bianconeri are willing to extend the contract of the Colombian International for 2-year with an option for a third season if he agrees to spread his current salary (€5m/yr) in 2 seasons, a demand the defender has refused.

Spurs are reportedly ready to take advantage of this current situation with former Juventus director Fabio Paratici eyeing a reunion with the Colombian international at the Tottenham Hotspur Stadium. Paratici has signed Cuadrado from London rivals Chelsea F.C for a €20 m signing a three-year deal with Juan making 262 appearances and winning 11 domestic trophies since his arrival at the club. The defender’s agents have reached Spurs’ hierarchy with Paratici saying that the Colombian would be ‘glad to welcome’ him in London.

WHY DO SPURS NEED JUAN CUADRADO?

Antonio Conte has a history of working with players with a lot of experience so they help him deliver domestic success instantly. Cuadrado’s experience in Italy has made him an attractive prospect for Conte to work with and also the Italian coach has not been happy with his current options of Matt Doherty and Emerson Royal. The defender has had Premier League experience with Chelsea winning the Carabao Cup and Premier League before departing for Fiorentina on loan.

The Colombian is versatile and this season has played on the right side of the midfield, as a right-back and even as an attacking right winger with Juan contributing 4 goals and 3 assists. Raw numbers suggest that he is far from over with the veteran making 2.4 tackles & interceptions, 2 key passes and completing 1.5 dribbles per game.

The football that Massimiliano Allegri plays at the Juventus Stadium is not far too dissimilar to the one Antonio Conte plays. Both often deploy the 3 at the back system with the Italians liking to hit teams on the counter so the emphasis on pressing will not be as much as we can see in a Klopp, Pep or a Tuchel team. Juan applies just 11 pressures per game which proves that number does pass the eye test. This style of play will work in both Conte and Cuadrado’s favour as the veteran can preserve his energy in defending and make progress with the ball up the field where dangerous players like Kane, Son and former teammate Dejan Kulusevski can punish the opposition.

Antonio Conte likes to have his wings play an important role offensively and defensively as well. Current options Doherty and Royal are decent defenders but lack the progressiveness and the end product that Juan Cuadrado can provide and for a free transfer this could be a great signing!