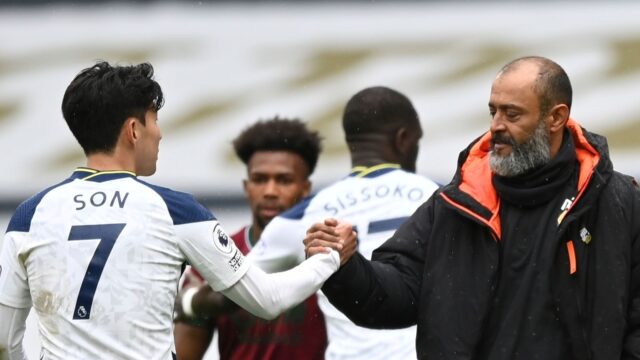 Now that Tottenham Hotspur have finally filled their managerial vacancy with the arrival of Nuno Espirito Santo, preparations for the 2021/22 season can begin in earnest. Chairman Daniel Levy has spoken about his desire to “revert back to our core DNA of playing attacking, entertaining football”, but how will that translate into results for a Spurs team that finished 7th in the Premier League last term?

There certainly doesn’t seem too much confidence that Nuno will lead his new side back into the Champions League, according to the bookmakers. Paddy Power has one of the best free bet codes available at the moment. They offer a best price of 6/1 that Spurs finish inside the top four in the upcoming season, and reigning champions Manchester City, Chelsea, Liverpool, Manchester United and Leicester City are all above Tottenham in the betting based on the latest prices.

A top-six finish is a more realistic proposition based on the odds, available at 4/5. Prior to the turbulent campaign under the duo of Jose Mourinho and Ryan Mason, it had been 12 years since Spurs had failed to finish sixth or higher in the final table. A change in the dugout bringing about a maiden Premier League title win is a best price of 50/1 in the marketplace.

That might seem something of a downbeat assessment regarding the likelihood of Champions League football returning to the Tottenham Hotspur Stadium in 2022. Still, there is a major caveat that remains in play – the future of Harry Kane. The uncertainty around his future is having a significant impact at present.

While the 27-year-old has expressed his desire to leave the club, a blockbuster transfer before the window closes is far from certain. Should Kane remain a Spurs player for another season, the prospects of returning to the top four looks markedly brighter than if the three-time Premier League Golden Boot winner is plying his trade elsewhere by the Autumn.

Tottenham’s new Managing Director of Football, Fabio Paratici, has reiterated that Kane is one of the best strikers in the world and said: “keeping him is not just my goal, it’s our goal as a club” in a recent interview with Sky in Italy. Paratici always confirmed that he has yet to speak to the England captain, who is currently away with the England Euro 2020 camp.

Few, if anyone, will claim that Kane hasn’t earned a big-money move to another club, but Daniel Levy is a shrewd negotiator and has a history of ensuring that the club’s brightest talent remain in North London, at least in the short term. Both Luke Modric and Gareth Bale saw potential transfers blocked before moving on a year later. With three years left on his current contract, the reported £120 million transfer fee for Kane’s services may prove a little too rich for the likes of Manchester City and Chelsea this summer. If that’s the case, the short-term future under Nuno will look much brighter heading into the new season.