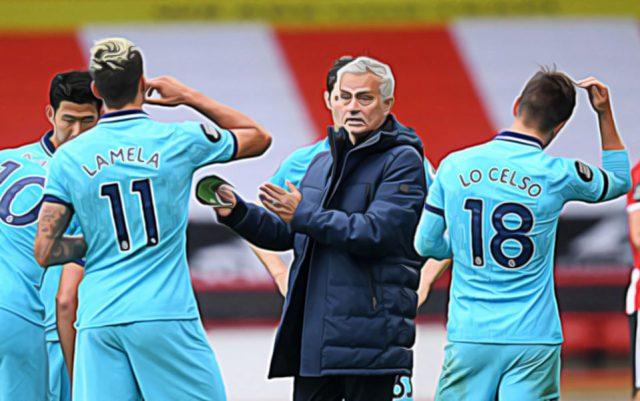 Jose Mourinho’s team have not been too convincing since the return to action, losing their first game against Everton before managing a thumping win over Southampton last weekend.

However, with the arrivals of Gareth Bale and Sergio Reguilon, the Portuguese manager is expected to have a new dimension for selection ahead of matchdays and the game against the Magpies will be the starting point.

Here is how we think Tottenham can lineup against Steve Bruce’s men on Sunday;

Hugo Lloris despite a shaky start against the Saints was able to keep his composure and ensure that the team secured their first victory of the 2020/21 campaign, and he will be expected to keep his place on Sunday.

Matt Doherty and new signing Sergio Reguilon will get the chance to start together for the first time after the latter joined last week from Real Madrid. The Spanish international is set to become Tottenham’s first choice left-back with Ben Davies retiring to the bench.

After their impressive game last weekend, Eric Dier and Davison Sanchez would continue at central defence for Mourinho’s side, expecting that they will keep their first clean sheet of the season.

Tanguy Ndombele looks to have won favour from Mourinho after coming into the starting XI together with Harry Winks to partner Pierre-Emile Hojbjerg against Southampton. The gaffer would be hoping to main them in his team Newcastle.

Heung-min Son and Harry Kane had the better impact for Tottenham in the last game with the South Korea international scoring four times from assists from the Englishman.

And Lucas Moura will be hopeful of playing a part in the next game.