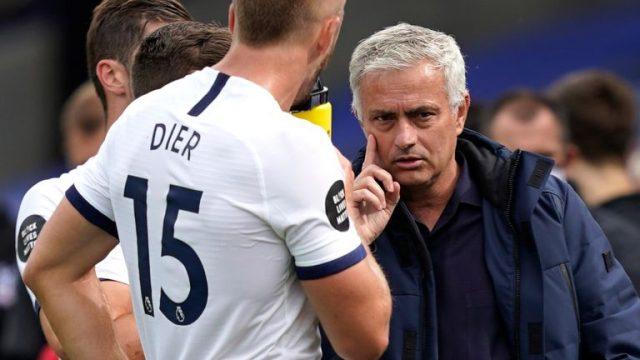 It’s the London derby and Mourinho is back at Stamford Bridge. Chelsea & Tottenham have arguably got the best start to the season and the both of them have a chance to claim the top spot after tonight’s match.

Last season Frank Lampard did the double over Jose Mourinho. But Jose knows the importance of the match and will try not to give any chance to the hosts this time around.

Here we look at the potential XI Spurs could field against The Blues;

Hugo has been rock solid this season with 3 clean sheets in 9 appearances. But there were some doubts over his fitness after his illness but knowing the big stature of the game, he will be the one to lead the back line.

Tottenham have been the best defensive side this season but the major reason for their solid defeding has been their Belgian defender Toby Alderweireld who now is ruled out for next 3-4 weeks due to a groin injury in their match against Man City. Davinson Saanchez on paper looks the best to replace the Belgian but he has been out of favor since the start of the season and thus we could see Joe Rodon being handed his full Premier League debut. The full-back positions will be covered by the club’s summer signings, Matt Doherty and Sergio Regulion. Doherty was left out of the Europa League squad this week but will be making a return after isolation concerns. Also both the full-backs will have to be on their toes to get better of Chelsea’s pacey wingers.

A pivot of Sissoko and Hojbjerg with Ndombele in front will continue to be the midfield magic for Spurs. This game will potentially be decided by the midfield battle between the two teams. A physical and mental battle will run down among both the midfields and we could see both the teams battling to win it.

Harry Kane and Heung-min Son are just terrifying the Premier League defences and are scoring with fun. Both of them are complimenting each other in the best way they can. They certainly have been the poster boys for Mourinho and with them in full fitness, he could look to win trophies. Chelsea’s defence will be put under a major test after long and it will certainly be a challenge on how they will stop Spurs scoring form. Steven Bergwijn will be running on the opposite flank of Son. He was however doubtful due to a knock but Jose mentioned in his pre-match press conference that he is hopeful for his return.