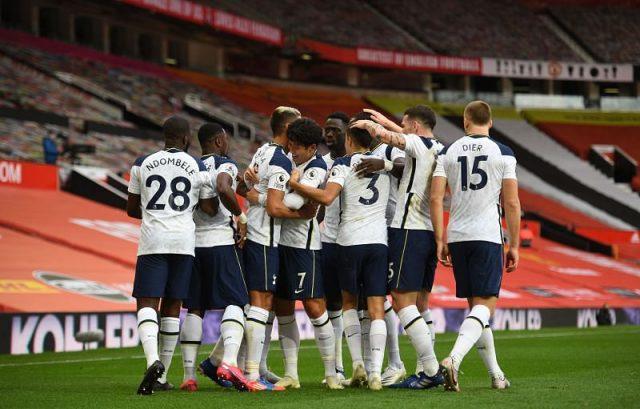 Tottenham Hotspur and Arsenal carry contrasting emotions into this Sunday, a fixture that feels like no other for these two Clubs. Tottenham Hotspurs will ‘welcome‘ Arsenal to their New stadium for the First time since Fans have been allowed to return to the Stadiums. 2000 Spurs fans will be singing their team on, and what better way to return to Stadiums than a Battle against their most bitter rivals.

Jose Mourinho has taken Spurs to the top of the table, The first time that Spurs have been Top since the 2015/16 season. They head into this game on the back of two consecutive draws in all competitions, but they are unbeaten in the Premier League since their opening day loss to Everton. Since then they have won 6 games and drawn 3. They have strung together quite the run to push themselves to the summit. It is a tight line at the top of the Table however and this could be a must win game for Spurs, a Win on Derby day will take them 3 points clear of Liverpool who play later that day, in a tough fixture against Wolves. It would put the Champions under pressure to Win if they are to keep pace with Spurs.

There is a lot of Positive News for Spurs ahead of the North London Derby.

Mourinho Confident Harry Kane Will be Fit for the North London Derby.

“I’m not going to say about the nature of his [Kane’s] injury,” Mourinho said. “I think he has a good chance of playing at the weekend, I believe he will play.”

Toby Alderwiereld has returned to training earlier than expected and could have a chance of returning, however those chances seem very slim. But if Toby is fit it will be a massive boost for Spurs.

The only Notable absentee will be Erik Lamela who is still out with an ankle problem.

Hugo Lloris was given a rest in the Europa League game as Joe Hart started in midweek so the French shot-stopper will return between the sticks for Tottenham on Sunday.

Jose Mourinho’s teams have always been renowned for having amazing defensive records, and Tottenham are on the right track with 4 clean Sheets second only to Chelsea, and only 9 goals conceded the highest in the League this season. The only key component that could miss this game for Spurs is Toby Alderwiereld, who is trying to get back to full fitness ahead of this weekend but Davidson Sanchez could provide adequate cover for Alderwiereld’s absence. He will Feature alongside Eric Dier with Reguilon and Aurier as Fullbacks.

The Midfield that played a goalless Draw away at Chelsea will be expected to start against Arsenal, with Højbjerg and Ndombele playing in a double pivot at the heart of the Midfield and Moussa Sissoko providing defensive cover. Ndombele is becoming increasingly better this season, holding the play in midfield and getting the team out of tight situations with his strength and intelligence on the ball, he averages 1.8 dribbles per game and has completed 25 ball recoveries so far this season.

With Højbjerg there to dictate the tempo of the game with his passing and providing defensive cover, Bergwijn and Ndombele will be the creators for Spurs in midfield and with the added assurance of Moussa Sissoko the Spurs midfield looks like a tough prospect to go up against.

The most successful duo of this season so far Harry Kane and Son have simply been unplayable at times, the two seem to have really struck up an incredible partnership. The pair of them have accounted for more than 90% of the team’s goals so far, with either Son scoring from a Harry Kane pass or Kane Scoring after being played through by Son. Harry Kane is the heartbeat of the Tottenham attack however, with the Englishman already having 7 goals and 9 assists to his name already in the Premier League alone. The duo could be at it again in the North London Derby.

The Son and Kane partnership will have to be on song on Sunday if Tottenham are to unlock a stubborn Arsenal team.