Wigan’s highly rated 15-year-old midfielder Alfie Devine is undergoing Spurs’ medical as we speak and an official announcement can be expected soon.

Wigan Athletic have entered into administration earlier this month. Their financial situations have forced them to sell Alfie Devine quickly. The 15-year-old midfielder has reportedly passed medicals at Tottenham’s facility and will now don the Lilywhites jersey. According to the Athletic, Spurs beat Leeds United, Celtic, West Ham United, Brighton & Hove Albion and Chelsea to the 15-year-old starlet. 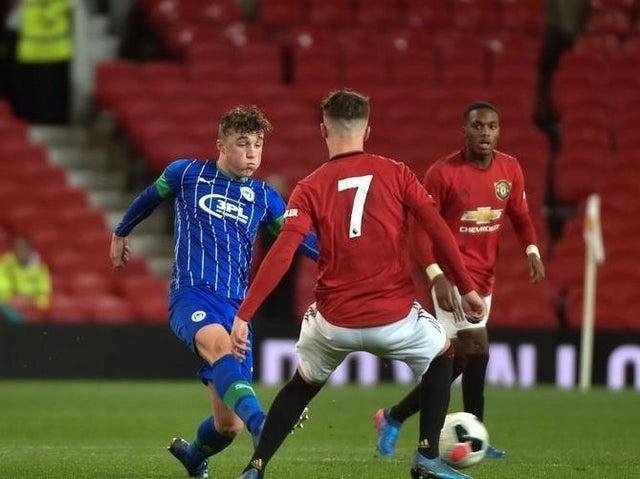 Alfie started his youth career at a tender age in Wigan. He was invited for trials at Liverpool’s academy and he stayed with the Reds eleven before he was released. Wigan Athletic immediately pounced upon the opportunity and signed him. Since then, Alfie has played at various levels for the Latics. After impressing for the club’s youth sides, Alfie attracted interest from various top clubs in England. Despite being just 15, he has represented the club’s U23 side and has also trained with Wigan’s first team on various occasions.

Finally, he was scouted by Tottenham’s chief scout Brian Carey, who led the pursuit and Mourinho stamped on his transfer. According to The Atheltic, Alfie Devine has signed a contract at Tottenham over the weekend and has passed the medicals.

Wigan were controversially placed into administration earlier this month and have been forced to sell their best assets for a comparatively lower price. 12 points will also be deducted from Wigan’s tally ahead of their last game in the Championship this season. This isn’t a big name signing Tottenham fans were hoping for but this is a deal for the future.