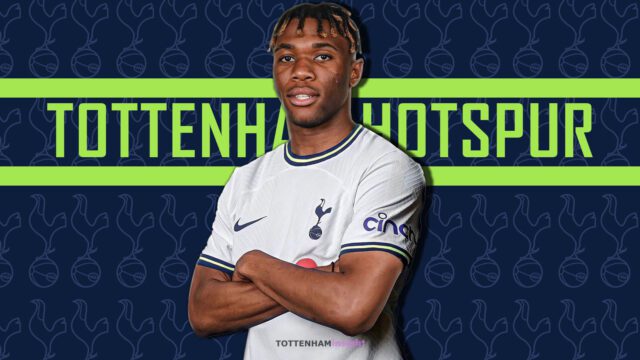 Tottenham Hotspur are on the verge of completing the signing of Udinese youngster Destiny Udogie, according to transfer insider Fabrizio Romano.

Destiny Udogie to Tottenham, here we go. Full agreement reached with Udinese for more than €20m – after personal terms in place. Talented Italian fullback will be Spurs player in 2023, wanted by Paratici. 🚨⚪️ #THFC

Udogie will stay at Udinese for one more year on loan. pic.twitter.com/2dASBwUbNN

It has been a very busy summer in North London with both clubs Arsenal and Spurs being the most active teams in the Premier League this season. Particularly the Lilywhites who have now wrapped their seventh signing this window. It is a massive sign of intent by Daniel Levy and Fabio Paratici that they are ready to make their squad better and give Antonio Conte the best chance of competing for this season’s Premier League even though Manchester City and Liverpool look favourites once again.

WHO IS DESTINY UDOGIE?

A Nigerian-born Italian, Udogie came through the ranks at Hellas Verona. He made his first competitive debut in Serie A against AC Milan in Nov. 2020. He then joined Udinese in July 2021 and had a very impressive season. He scored five and assisted four which is really good given the position and the team he plays in. Tottenham have now snapped up an exciting youngster for a fee of £21m with the youngster will continue his progress in Serie A till the end of this new season. Having already represented the Italian national team at u-21 levels it is expected that Destiny will receive his first call-up to the senior squad when Italy take on England and Hungary in the UEFA Nations League fixtures.

HOW WILL HE FIT IN A CONTE TEAM?

Full-backs in this Spurs system are expected to occupy any space left by wingers. In Son Heung-Min and Dejan Kulusevski, the former Chelsea boss has two players who like to cut in from the left and the right respectively, which leaves a lot of space allowing full-backs to bombard up the pitch. This is how Spurs conduct the majority of attacking threats, with only 24% (Stat provided by Whoscored.com) of their attacks in the opening fixture against Southampton coming from the middle. 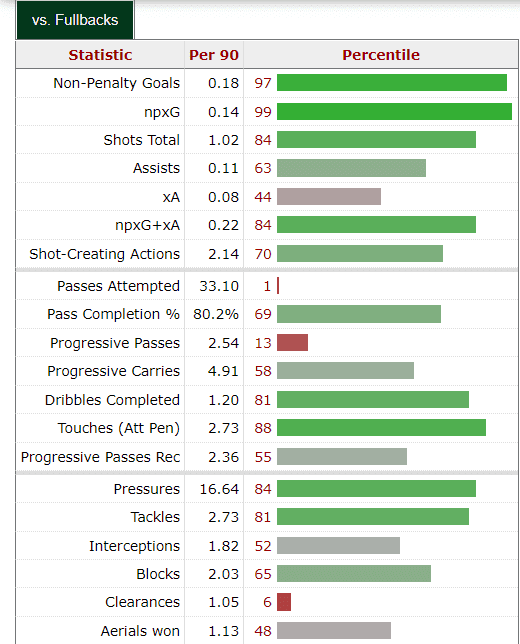 Skimming through the numbers we understand Udogie is not a great creator and is a decent dribbler with 1.2 completed per match. But what he is good at is taking attacking positions from dangerous areas and taking a swap at goal when he gets an opportunity. He is also a very hard worker on and off the ball making nearly 17 pressures per game and contributing nearly 4.5 tackles & interceptions playing for a mid-table side.

Conte will have to work with him on the technique related to crossing as the youngster crossed the ball 17 times in the entirety of the Serie A campaign with a healthy 30% success rate. Crossing is an important characteristic in a Conte full-back as it puts the ball in the box to help create goal-scoring chances. Given the success Antonio Conte has had with full-backs improving the likes of Marcos Alonso and Victor Moses at Chelsea, Ivan Perisic and Achraf Hakimi at Inter Milan and now with Spurs he has seen  Sessegnon, Emerson Royal and Matt Doherty all make a jump from their usual level.

It is clear why Spurs have signed him. Perisic is now 34 and Sergio Reguilon is most likely to be moved on, they have a ready-made backup in Destiny although Ivan has a clause which states that the Lilywhites can extend his stay in London. Udogie looks tailor made for a league like this and Tottenham could secure the left-back or wingback for years to come at just a small price compared to what their peers are paying.