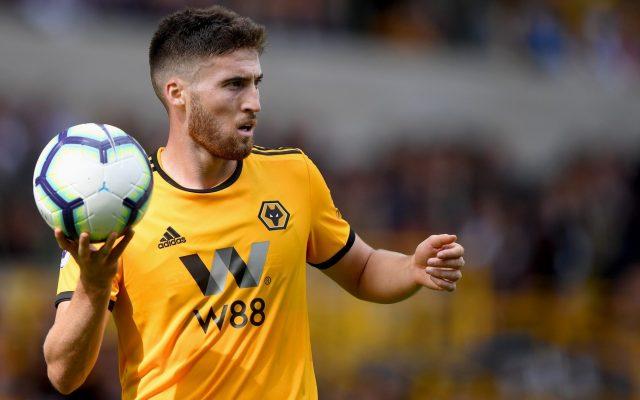 According to football.london, Jose Mourinho has identified the player as a perfect solution to right-back headache ahead of the 2020/21 campaign.

The Republic of Ireland international is believed to be a good addition to the Tottenham squad with Serge Aurier linked with a move away from the Tottenham Hotspur Stadium this summer.

Mourinho is said to be unconvinced with the performances of the Ivory Coast international and could sanction his sale before the window slams shut in early October.

The 28-year-old has been one of the solid pillars for Nuno Espirito Santo’s side since joining them from Bohemian in the summer of 2009. He has featured in over 300 games for Wolves during his 11 years stay at the Molineux, though there have been two loan spells in between that time.

Doherty was also a part of the Wolves squad who fought through their time in the Sky Bet Championship in order to return to the Premier League, where they have established themselves as worthy competitors though they look far off challenging for the league title.

He was also a part of the team that were able to go all the way to reach the quarter finals UEFA Europa League during the 2019/20 campaign, scoring two goals and adding one assist to his name in 10 appearances in the competition.

Matt Doherty also featured in all but two of Wolves’ Premier League games in the just ended season as the club missed out on a place in Europe after finishing seventh on the league table.

He contributed to seven goals for the club in the league with four goals and three assists for Nuno’s team.

But reports suggest the north London outfit are hoping to snare the defender away from their Premier League rivals for a fee in the region of £12 million.