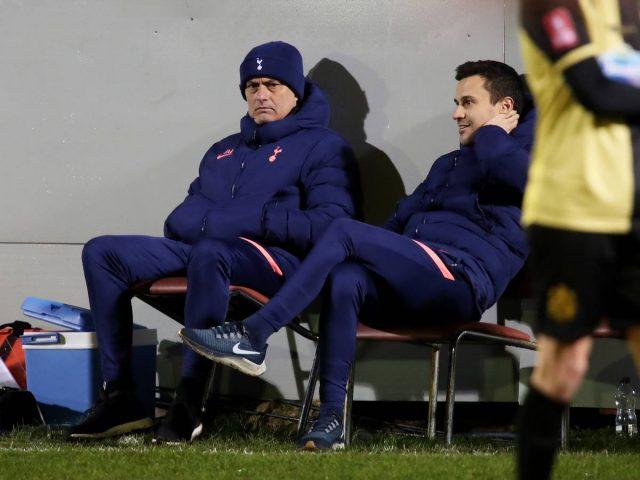 Tottenham Hotspur is a team in transition. Jose Mourinho has managed to build a really good counter-attacking team but they still lack the ability to break teams down & often they are wasteful in possession.

With the current financial restrictions and an impending £175m loan taken from the Bank of England to ease off the financial burden on the club, Tottenham managed to sign some quality players this summer. Jose Mourinho knows that he needs one or two players for winning the first Premier League title in 50 years. Here are some players Spurs might want to sign this January transfer window.

Despite the overload of players in the attacking and defensive front, Tottenham does not possess the same depth in the midfield region. Ryan Gravenberch is one of the hottest prospects in Europe. Still just 18, he comes off from the legendary AFC Ajax academy.

Gravenberch can play as a 6, 8, and 10 which gives Mourinho the flexibility to use him in different ways as he needs. He would be a huge upgrade on the current backup option Harry Winks.

The Dutch International is great at receiving the ball from the defense and start the attacking process quickly when opposition players are busy marking Pierre-Emile Højbjerg. Currently, he holds a market value of £19.80m according to Transfermarkt Tottenham should act fast as many of Europe’s elite are keeping an eye on this youngster.

Tottenham Hotspur is searching for a Toby Alderweireld replacement since the start of this summer with the likes of Milan Škriniar, Ozan Kabak, and Dayot Upamecano all being scouted in this process. Also, there is Nikola Milenković as well.

For many years Nikola has been touted for a move to one of Europe’s elite clubs but this January it looks increasingly possible that he might leave with the club looking for offers in the region of £23m. He is the perfect defender for the needs of head coach Jose Mourinho. He stands at 6ft 4in and has a reputation of being tough to get past-by.

Additionally, he is a set-piece threat and is also a great passer of the ball. His ability to smell the danger has made him one of the most sought after center-backs in Europe. Fiorentina will surely sell him this year as the Serbian International will leave for free in 2022.

Okay, this might be a difficult one to happen but Spurs will need to replace their 34-year-old club captain Hugo Lloris. The World Cup-winning captain has been in a decline for a quiet few years now with his abilities to shoot long balls and his willingness to leave his line at set-pieces a source of big concern.

Lloris currently has Joe Hart and Paulo Gazzaniga as his understudies but none of the good enough long-term replacements for him. So the Lilywhites someone who has had enough experience on the top stage. The obvious candidate would be the Italian goalkeeper Gianluigi Donnarumma but he may not leave Milan anytime soon.

Tottenham should look to sign LOSC Lille’s Mike Maignan as a replacement. The PSG Academy was thrown into the spotlight by current Leeds boss Marcelo Bielsa and has not looked back ever since. The French capped International has been leading the league in most clean-sheets for two seasons running keeping 12 in 28 games in 19-20 & 15 in 38 games in 18-19 and currently sits in third place with 9 in 20 games for this season.