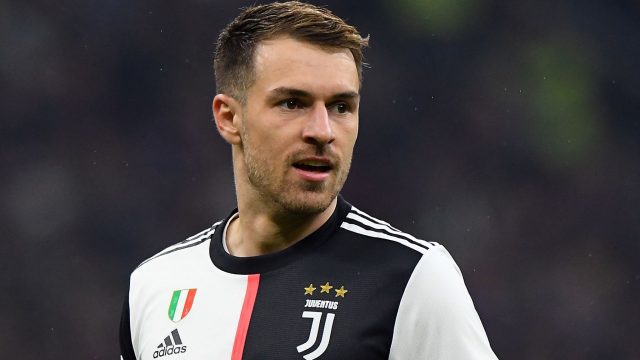 According to reports, former Gunners star and Juventus player Aaron Ramsey could be heading back to North London but this time to rivals Tottenham Hotspur.

The Welshmen has endured a tough time in Turin after he left Arsenal back in 2019. Injuries have hampered Ramsey’s chances to nail down a starting place at Juventus.

New coach Andrea Pirlo clearly doesn’t trust Aaron Ramsey handing out just nine starts from a possible 20 matches in the league. And the Italian World Cup winner has good reasons not to with injuries constantly being a big worry.

Tottenham Hotspur are reportedly interested in his services despite the Welshmen played for bitter rivals Arsenal for eleven years. They are also willing to make Argentine Erik Lamela a part of this deal. Head coach Jose Mourinho reportedly wants the play at Tottenham Hotspur Stadium and any deal for the player has his approval.

But the Old Lady’s valuation of €20m of the player is too high for Spurs and any deal with Juve will include Erik Lamela as a make-a-weight. The Argentine has been at N17 for eight long years but never has been able to nail down a starting spot.

Erik Lamela to join Jose Mourinho at AS Roma? – Many fans are convinced