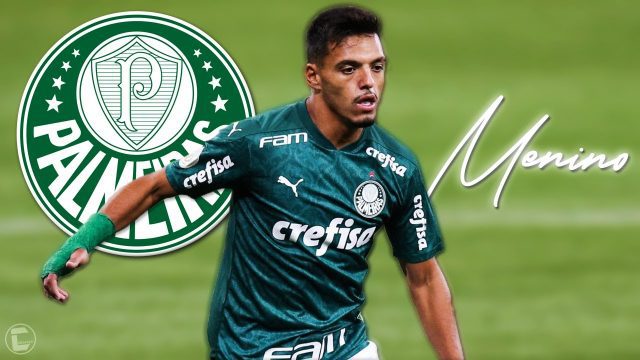 Brazilian youngsters have become the rough diamonds that every big clubs around Europe are after and Spurs are no strangers to targeting their potential. Ahead of the summer transfer window, Tottenham Hotspur are eyeing Palmeiras upcoming sensation, Gabriel Menino – according to the reports by CalcioMercato.

The 20-year-old Brazilian glides around the pitch and commands control of the ball in a way most footballers are not able to in today’s day and age. South Americans are very rarely associated with midfielders who have a Midas touch. That is how good and unique Gabriel Menino is, courtesy of which, he is now being courted by Europe’s biggest clubs.

Menino has been impressive since he broke into Palmeiras first-team last year and played a crucial role in their Copa Libertadores triumph.

While Menino has a whooping release clause of €60 million, there are reports in Spain suggesting the 20-year-old could be available for around €20 million this summer owing to the financial crisis due to the current unprecedented situation around the globe, and the Brazilian clubs are equally hit by it.

According to claims by CalcioMercato, Tottenham are one of the European sides who have ‘set their sights’ on Menino with the likes of Chelsea, Atletico Madrid, and Juventus pursuing a probable deal for the youngster who received his maiden call up to the Brazilian senior team last year despite his tender age.

Juventus, Chelsea and Atletico Madrid are also said to have shown interest in the youngster, who received his first call up to Brazil’s senior squad last year.

With Cope Libertadores commenced, Spurs’ scouts will have another opportunity to take a look at Menino as Palmeiras get their season underway aiming to defend their title.

It is important to note that the last youngster to make a move to a Premier League side from Palmeiras was Gabriel Jesus, who is now a success story and a starter for the Brazil national team.