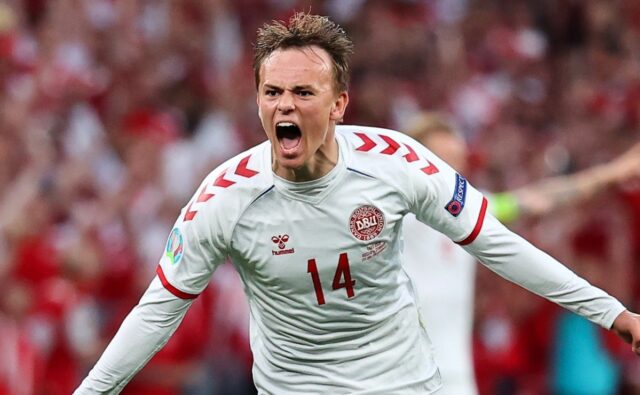 According to a report from Calciomercato, Tottenham Hotspur have made a move on their target Mikkel Damsgaard. The report suggests that Spurs have made a bid of £17 million for the Sampdoria player.

Mikkel Damsgaard has been one of the breakout stars at the recently held Euro 2020 tournament. Damsgaard scored only two goals in the whole tournament but he has already caught a lot of attention from a range of European clubs. The Danish footballer enjoyed a great time with his national team which went till the semi-final round.

The Denmark International joined his current club Sampdoria last summer from the Danish club Nordsjælland for €6.7 million. Ever since joining the Serie A club, the 21-year-old has been performing well. He made 35 appearances in Serie A and scored 2 goals. He also provided 2 assists.

Tottenham Hotspur currently require a winger and hence they have moved for Mikkel Damsgaard. The club is bracing for some reinforcements in order to strengthen the squad.

Under the leadership of the newly appointed Director of football Fabio Paratici, Spurs are majorly looking at players from Serie A. They have agreed a deal for Cristian Romero from Atalanta and they are inching closer towards securing Takehiro Tomiyasu from Bologna. They have also signed Pierluigi Gollini on loan from Atalanta. It is a pattern under which Spurs is currently working. That is due to Fabio Paratici and his strong links in Serie A. Paratici was previously working at Juventus where he made a lot of links with the other clubs.

Massimo Ferrero said, “(Damsgaard) is a quality midfielder, he can play in that (holding) role. Let’s sit down, they just need to call me and we will find a solution. Xhaka won’t go to Roma, then they need another midfielder. I want (Damsgaard) to go to Roma. I’m a Roma fan and Damsgaard would be a great reinforcement.”