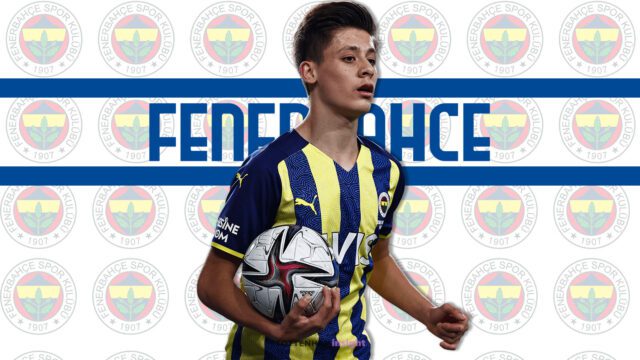 Tottenham Hotspur have taken advantage of having an experienced sporting director like Fabio Paratici to make transfers with a long-term project in mind. Spurs have used the Italian’s contacts in the transfer market to bolster their side by signing some of the most talented youngsters and world-class players in the last two transfer windows. Dejan Kulusevski, Christian Romero, Rodrigo Bentancur, Richarlison, Yves Bissouma, Djed Spence, Bryan Gil and Destiny Udogie have all been signed under the Paratici era.

The Spurs’ faithful have enjoyed their side being back amongst the top 4 in the Premier League with Antonio Conte at the helm. The North Londoners have already begun planning for the next transfer windows as Paratici has yet another talent he has set his eyes on to poach before the other European elite clubs. According to reports, Fenerbache’s 17-year-old Arda Guler is garnering attention from a host of European clubs with the likes of PSG, Napoli and Tottenham Hotspur all keeping close tabs on the player.

Guler was born in Turkey’s capital city Ankara and started his footballing career at Genclerbirligi. Since then, the 17-year-old worked his way up through the U-19 Super Lig where he played for the Fenerbache U-19 side scoring 14 goals and providing 13 assists in 30 appearances for them. He signed his first professional contract with the club on 13 January 2021 for two and a half years. Ever since the Turkish midfielder has been a mainstay in the first team and was even given the legendary no.10 shirt by the club at the beginning of the season to reward his performances along with another three-year contract extension.

The attacking midfielder is dubbed the “Turkish Lionel Messi” by the Fenerbache faithful as his dribbling and playmaking attributes are similar to the Argentine. He has 6 goals and 6 assists for the Fenerbache first team in 29 appearances which are phenomenal considering he is just 17 years of age. He can also play as a left winger occasionally which makes him a versatile player. Guler was the sixth-best Fenerbache player last year in terms of match ratings by WhoScored which was his debut season for the Yellow Canaries.

A real coup for Spurs

The Lilywhites will get their hands on a player who is a raw talent and can develop into a world-class player in the future with the signing of Guler. Antonio Conte has always been an advocate of the idea of having academy players playing a role in the first team and he has also given emerging talents like Nathan Ake, Ruben Loftus Cheek, Andreas Christensen, Nathaniel Chalobah, Ethan Ampadu and Charly Musonda playing time during his time at Chelsea.

The Italian is likely to extend his stay at the club after a fruitful two years at the club securing Champions League qualification last year and being 4th in the league this season. The recent investment in youth talents by the club promises exciting times ahead for the Spurs faithful who have endured a few dull years recently in terms of recruitment while also tying down key players to new contracts.