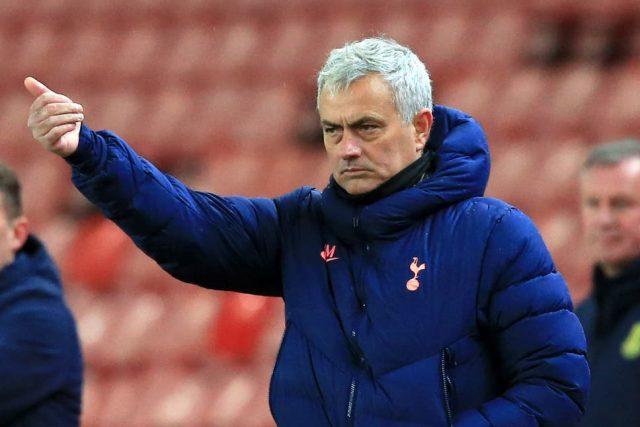 Tottenham Hotspur are sitting right at the top of the Premier League table with the veteran Jose Mourinho outdoing the likes of Pep Guardiola and Jurgen Klopp and proving his doubters wrong, now this might seem like a distant dream at the start of the season though Mourinho made a solid start to the season and were leading the Premier League table until the last few weeks where the London side has dropped important points on multiple occasions.

Here we’re looking at three primary reasons behind the drop off in Spurs form:

Tottenham’s early season form was largely due to the solid base they created in the midfield and defense and the efficiency of their front two in Harry Kane and Heung-Min Son, both were constantly overperforming their xGs by a large margin and it seemed that Jose Mourinho has again found a formula to success at yet another club. However, there has been an evident drop off in their form in recent weeks with the most exemplary performance coming last night in their 1-1 draw against Wolves where they pairing went missing for most of the game.

When you go into a Premier League season with an aim to win it or atleast compete for the top spots you need to have a quality squad at your disposal in order to accomplish your targets. In Dele Alli, Jose Mourinho had an excellent option who could feed his system with creativity from the bench. However, the way Mourinho has treated the Englishman it seems as if it has broken down all the confidence he had and is now looking like a dead man walking waiting to find a way out in the January transfer window. The club in itself is suffering due to drop off in form for a player who has been so important for them in recent times.

It’s a new term which has been coined in recent days for Jose Mourinho’s lack of progressive football ever since their loss against West Ham United where they went from leading the match 3-0 to drawing it 3-3. Ever since that loss, it seems Mourinho has instructed his teams to focus on defending slender leads rather than looking to kill the games off. This has been proven to be a major issue for Spurs in recent weeks.