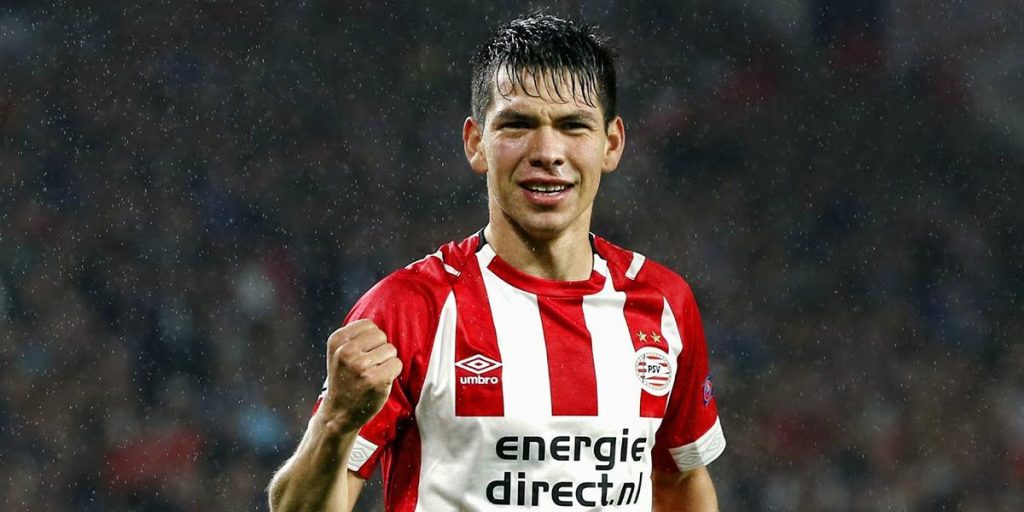 The Mexican professional scored whooping twenty-one goals for the Dutch side in all competitions which also included a strike against Tottenham in the Champions League group stage as well.

Hirving Lozano is being one of the most wanted starlet with top-notch clubs laying red carpet for his services, though if reports by CalcioNapoli24 are to be believed – Napoli are leading the race for his signatures. The same report also states the Naples based club have also made a €45million bid for the player and PSV are happy to sell him for that price.

However, Hirving Lozano prefers a move to the Premier league and is likely to choose England over any-other country and is expected to be waiting for reasonable offer from an English side.

Manchester United were favorites in signing Lozano though have not made any contacts his summer.

Meanwhile, Tottenham Hotspur have expressed interest in signing the player with reports emerging that Winger Son Heung Min is wanted by Real Madrid. With doubts over the Koreans future at the club Lozano could be a perfect replacement for the Winger if he departs to Spanish giants Real Madrid this summer.