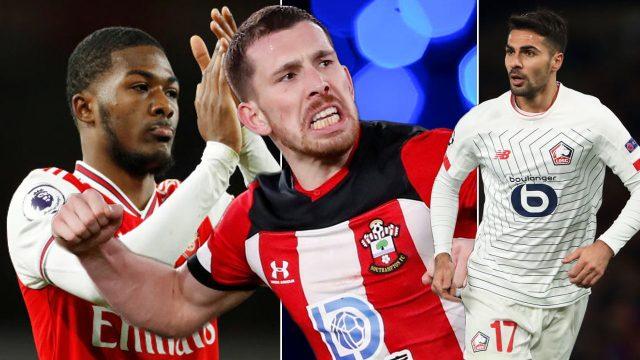 Tottenham might have had a positive ending to their otherwise dismal season, however, they would there is still a lot of work to be done, their backroom team must be back to work as they don’t have much time to flex their muscles in the transfer market. Hence, keeping up with the reports we bring to you the latest transfer rumours regarding Spurs.

Pierre-Emile Hojbjerg is inching ever so closer to his “dream” move to Tottenham Hotspur as it is now being reported that a medical can be scheduled for the player on Monday. The midfielder has to first agree on personal terms with the North London outfit, however, it is seen as a formality given his eagerness to join them.

Tottenham defender Kyle Walker-Peters is likely to go the other way to Southampton in a deal which is worth £12 million.

If reports are to be believed, then Tottenham Hotspur are in for a shock for Arsenal’s Ainsley Maitland-Niles. Jose Mourinho’s men are in the market for recruitment and they have identified Arsenal’s utility player as an option.

The Gunners are looking to cash in on their academy prospect in spite of head coach Mikel Arteta’s wishes to keep him. The hierarchy at Emirates understand that they need to do business to improve their squad and in the current scenario, their only bet to raise funds is selling players.

Ainsley Maitland-Niles has himself is reportedly looking for a move away after being unimpressed with his bit and piece role in the Arsenal squad. The 22-year-old all wants to play in his preferred midfield role, which hasn’t been possible for him at Arsenal. The North London side is looking for a sum of £30m to part ways with Maitland-Niles.

Tottenham have identified Lille’s Zeki Celik as a prime transfer target this season. The English club, like many other clubs, are tight on finances this season due to the COVID-19 pandemic and are thus forced into selling players in order to generate funds for any signings this season.

Spurs are reportedly ready to sell Ivorian full back Serge Aurier and Argentine centre back Juan Foyth in order to generate funds for the 23-year-old Turkish international. With AC Milan interested in Aurier’s services, the Ivorian can be sacrificed to give Jose Mourinho his man.