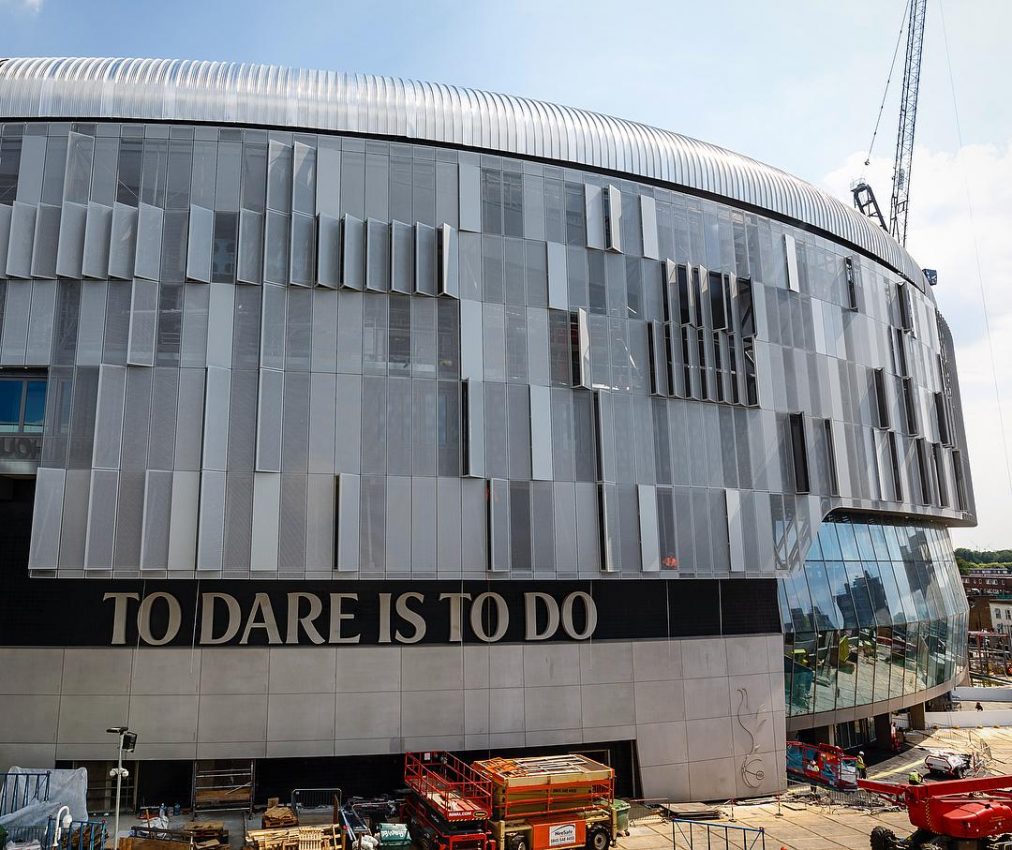 Tottenham Hotspur on 6th July,2018 have released another image of their new under construction stadium. Captioning it as “Ok, we’re really excited now… #SpursNewStadium” the photo reveals the outer design with the club motto “To Dare Is To Do” mentioned quite clearly.

With the London club playing their home matches in Wembley while the White Hart Lane gets a new look, the club expects to finish the job by 2018-19 season. The construction has been paced up and is expected to be done by September to make it available for the Spurs-Liverpool match.

With White Hart Lane demolished, the fans are eager to see the new stadium and know it’s official name which is yet to be announced.