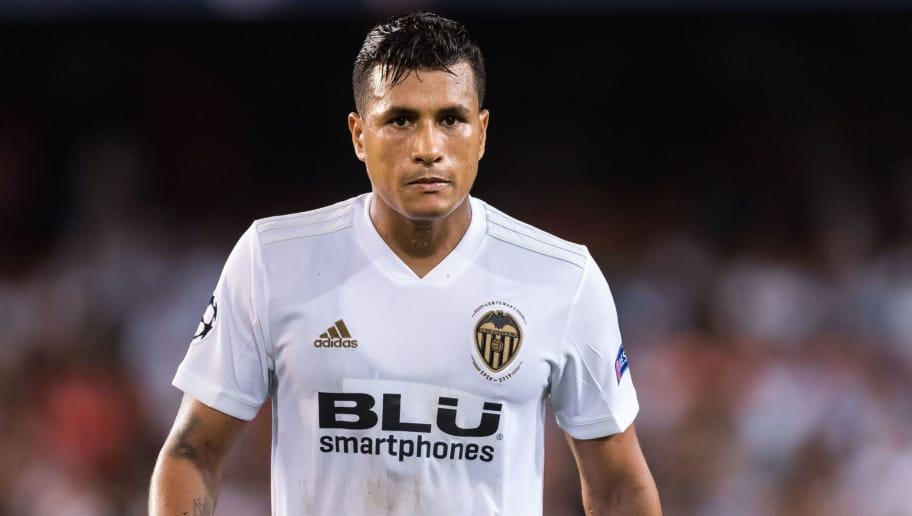 Tottenham’s long-term target Jeison Murilla has completed his move to the Camp Nou. With Umtiti’s situation still to be seen and frequent injuries to Vermalean, it had become very important for the club to sign a Centre Back in the Winter transfer window. And Barca has done that rightly with the acquisition of Valencia CB Murilla.

The 2015 Copa America brought Murilla in the limelight with impressive performances for the Colombian side. He also won the competition’s Best Young Player award. Spurs saw Murilla as a primary target but could not lure him to White Hart Lane.

However with just 3 appearances for Valencia this season, Murilla was warming the bench for most of the season and his move to Barcelona has come as a huge shock considering the huge expectations the fans and team will have from the player.

The 26-year-old has completed his transfer on a loan till the end of the season which includes a purchase option of €25Million.

” Two years ago, I said that I would wear Barcelona’s shirt one day,” “I’ve fulfilled a dream and I come with the intention of helping the team as much as possible. “I will try to enjoy this moment and hope that everything works out well,” Murilla told Tot Costa.

According to Corriere Dello Sport in 2016, Tottenham was offered the chance to sign Murillo from Inter Milan in 2016 but turned him down. They then sent scouts to watch the South American star a year later, as reported by the Daily Star but once again a move failed to materialize.

And, with Toby Alderweireld seemingly on his way out of North London when his contract expires next summer, Tottenham are scouring the market for a new centre-back.

If Murilla steps in the shoes of Umtiti and performs well he would join the long list of names Spurs missed on Signing.