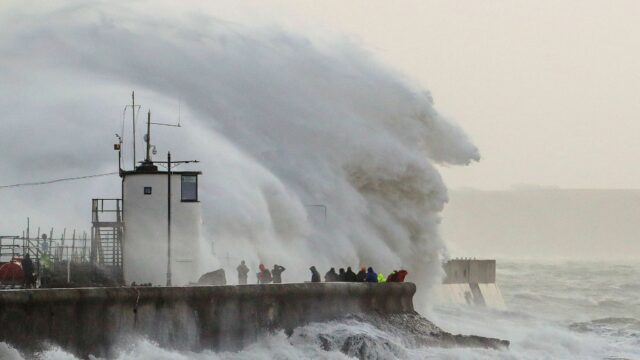 Tottenham Hotspur, Burnley and Newcastle United are running against time to arrive in time for their weekend games as Storm Eunice has affected their travelling plans.

Spurs and Burnley are part of a few clubs who are looking to rearrange their flight ahead of their Premier League games against Manchester City and Brighton & Hove Albion respectively.

The roof of the @SpursOfficial football ground is currently pulsating up and down in the wind!

(Turn your phone landscape and look at the suspended lighting rigs)#StormEunice pic.twitter.com/wzXTpzH4K3

According to reports, the people of the UK are currently battling Storm Eunice with scores told to stay indoors on Friday. Should their flights not be able to carry on as planned, both teams will have to use a long-haul bus journey for their away trips this weekend.

While Spurs are yet to decide on their travelling schedule, the Clarets have already seen their flights cancelled and are said to be considering a different plan.

Newcastle United manager Eddie Howe also confirmed that they could see their travel plans disrupted by the storm, telling reporters: “We are planning to fly down to London this afternoon.

“We will wait to see if there is any change to our flight and we are prepared to travel by coach if need be.

“So we are waiting to hear. Our plans are unchanged at the moment. The only disruption we’ve had this week is our training ground has been disrupted by heavy winds.

“Our training ground is exposed to heavy winds anyway so it has been slightly difficult this week. But nothing else has affected us so we are all good.”

Reports indicate that the storm has sparked two rare red weather warnings earlier today as Brits brace for what could get worse in the next years ahead.

The current conditions in the region forced the Met Office to issue a ‘danger to life’ warning with ‘flying debris’ also expected.

Should Tottenham and Burnley fail to rearrange their travel plans, it could affect their games over the weekend.